Sunday night there were reports that Susan Rice, National Security Adviser for President Obama was the “senior official” mentioned who un-masked, the names of the Trump transition team. This morning those reports were confirmed, first by Eli Lake, and then by Adam Housely of Fox who added additional facts to Lake’s scoop.

Susan Rice as you may remember, was the person Obama sent to all five Sunday news shows, to falsely blame the Benghazi attack on a YouTube trailer for an anti-Islam video. In other words, if Lake’s story is true (and I don’t doubt it) this wouldn’t be the first-time Rice sacrificed her integrity for politics.

Bloomberg reporter Eli Lake confirmed that it was Obama’s National Security Adviser Susan Rice who requested the “un-masking” of the  U.S. persons in raw intelligence reports. She requested the un-masking on dozens of occasions involving the Trump transition team.

Apparently White House officials have known about the Rice involvement since last month. The National Security Council discovered the dozens of Rice un-masking requests during a review of the government’s un-masking policy by the new administration.

As you may know when communications of American citizens are incidentally picked up during the surveillance of others their identities are to remain secret so their names are usually redacted or identified by a generic term such as “American One.” As Adam Housely of Fox News revealed on Friday, names of the Trump transition team were unmasked by a senior member of the Obama administration who used the un-masking for political purposes. Eli Lake’s report seems to corroborate the Fox News report.

The National Security Council’s senior director for intelligence, Ezra Cohen-Watnick, was conducting the review, according to two U.S. officials who spoke with Bloomberg View on the condition of anonymity because they were not authorized to discuss it publicly. In February Cohen-Watnick discovered Rice’s multiple requests to unmask U.S. persons in intelligence reports that related to Trump transition activities. He brought this to the attention of the White House General Counsel’s office, who reviewed more of Rice’s requests and instructed him to end his own research into the unmasking policy.

The timing seems right to have incited President Trump’s March 4th tweet about being “wiretapped.” Although there is still no proof that the president was subject to a wiretap or any sort of direct surveillance. What seems to be discovered is that incidental surveillance was discovered and Trump-associated names that were to be kept secret were released.

The intelligence reports were summaries of monitored conversations — primarily between foreign officials discussing the Trump transition, but also in some cases direct contact between members of the Trump team and monitored foreign officials. One U.S. official familiar with the reports said they contained valuable political information on the Trump transition such as whom the Trump team was meeting, the views of Trump associates on foreign policy matters and plans for the incoming administration.

As one would expect, Rice did not answer Lake’s email requesting a statement.

But Rice’s multiple requests to learn the identities of Trump officials discussed in intelligence reports during the transition period does highlight a longstanding concern for civil liberties advocates about U.S. surveillance programs. The standard for senior officials to learn the names of U.S. persons incidentally collected is that it must have some foreign intelligence value, a standard that can apply to almost anything. This suggests Rice’s unmasking requests were likely within the law.

Likely being the operative word.  At the very least if it’s true and if it was for political purposes as Adam Housely contends, then she certainly abused her position for political reasons, which I have learned from by liberal buddies is a violation of the Hatch act.

The news about Rice also sheds light on the strange behavior of Nunes in the last two weeks. It emerged last week that he traveled to the White House last month, the night before he made an explosive allegation about Trump transition officials caught up in incidental surveillance. At the time, he said he needed to go to the White House because the reports were only on a database for the executive branch. It now appears that he needed to view computer systems within the National Security Council that would include the logs of Rice’s requests to unmask U.S. persons.

Note that intelligence committee ranking member Schiff went to the White House to see the material that Chairman Nunes spoke about. And while he continued to complain that the intelligence committee chairman told the president and the press before he shared the information with the committee, he did not dispute Nunes’ account of what was in the “un-masking” report. In other words, his silence speaks volumes to back up Nunes, Housley, and now Eli Lake.

Adam Housley confirmed that it was Susan Rice, and that she shared it with people such as CIA Director John Brennan, Director of National Intelligence James Clapper and Deputy National Security Advisor for Strategic Communications Ben Rhodes (who once bragged about controlling the press during the sale of the Iran deal) Housely also confirmed that the NSA had collected the communications of Donald Trump, his family and his staff for more than a year prior to his inauguration and that it had nothing to do with national security. This was done solely for political purposes. 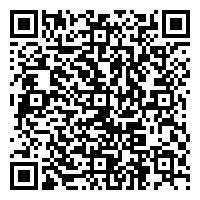