On April 19, 1764, the English Parliament banned the American colonists from printing paper money. They set even harsher restrictions over the next 11 years, including the Stamp Act, Townshend Act, the Sugar Act, the Boston Massacre, The Coercive Act, the Boston Tea Party, etc., as well as being forced to quarter British troops in their homes, the patriots among the colonists had enough. Eleven years later— 1775, on the exact same day, April 19, the shot heard round the world was fired in a battle with British troops at Lexington. The American Revolution had begun.  Lexington and Concord


General Thomas Gage, the British Governor of Massachusetts, had already decided that Lexington was full of rebels and ordered a contingent of 700 British troops to march against the rebels who had formed a “shadow government.” He wanted to capture John Hancock and Samuel Adams, who were thought to be in Lexington. He also had orders to seize a cache of arms and gunpowder believed to be in possession of the rebels at Concord. Yes, the American Revolution began because the British wanted to take our guns.

The patriots got wind of the plan and tasked Paul Revere and William Dawes with warning the patriots. A third rider, Samuel Prescott, made it to Concord to warn the patriots there.

By the way, Paul Revere never shouted, “The British are coming!” The operation was meant to be conducted as discreetly as possible to not alert the British troops who were hiding out in the countryside.  Besides, the Revolution hadn’t started yet. Therefore the colonists still considered themselves to be British. Thus, a warning about the British coming would have been confusing. Revere might have warned that the “regulars,” a term the rebels used for the British army, were moving.

When the British arrived in Lexington, Adams and Hancock had already fled to Philadelphia. There was no cache of arms to be found, but 77 militiamen were waiting in the middle of the town. British Major Pitcairn ordered the patriots to disperse.

Patriot leader, Captain John Parker ordered his men.”Stand your ground. Don’t fire unless fired upon, but if they mean to have a war, let it begin here.”

A shot rang out – historians still debate who pulled the trigger. Nervous British soldiers then fired a volley, killing seven militiamen and mortally wounding another. The and the battle was on. Only one British soldier was injured, but indeed, it was the shot heard round the world.

British soldiers moved on towards Concord, arriving around 8:00 AM.

They managed to destroy the military supplies the Americans had collected but were soon advanced against by a gang of minutemen, who inflicted numerous casualties. Lieutenant Colonel Francis Smith, the overall commander of the British force, ordered his men to return to Boston without directly engaging the Americans.

As the British retraced their 16-mile journey, their lines were constantly beset by Patriot marksmen firing at them Indian-style from behind trees, rocks, and stone walls. At Lexington, Captain Parker’s militia had its revenge, killing several British soldiers as the Red Coats hastily marched through his town. By the time the British finally reached the safety of Boston, nearly 300 British soldiers had been killed, wounded, or were missing in action. The Patriots suffered fewer than 100 casualties.

That’s how the American Revolution 226 years ago, on April 19, 1775. The Colonists were longsuffering. When the Redcoats came to take away their weapons, it was the straw that broke the camel’s back and began the Revolutionary War that led to the freest country in the history of the world.

Our job today is to honor those rebels, and keep the nation they fought so hard for free with peaceful protests and voting out of office those politicians who would take away our liberty. 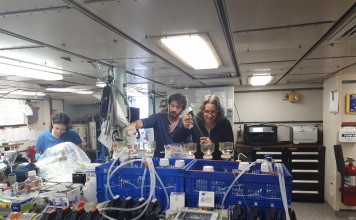 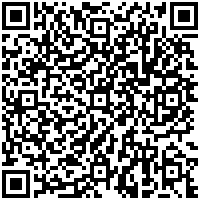