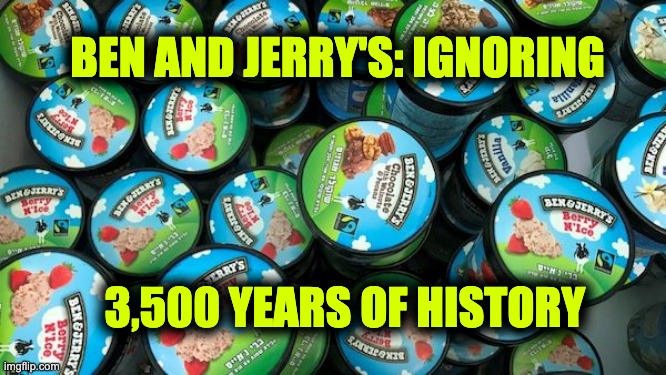 The Ben & Jerry’s boycott of Jewish communities in Judea, Samaria, and East Jerusalem is a reflection of anti-Zionism and hatred of the Jewish state which is the modern version of the oldest hatred—hatred of the Jewish people. And the pushback against the Ben and Jerry’s announcement has nothing to do with ice cream, it’s about morality and an attack on the people of one faith–the Jewish Faith.

With its support of the BDS movement, Ben and Jerry’s is saying that the Jewish people do not deserve a homeland which is one of the modern versions of anti-Semitism. What many don’t understand is Zionism is nothing more than the desire/recognition that the Jewish people should have their own state in their ancestral homeland. The extent of that homeland is not only recognized in the historical record but in the Christian, Muslim, and Jewish Bibles.


The Ben and Jerry’s board wanted their product out of Israel totally.  The original announcement which was released by parent company Unilever said Ben & Jerry’s would continue to operate in Israel. But Ben & Jerry’s board said Unilever, made the commitment to stay in Israel without asking them.  Under the terms of Unilever’s purchase agreement, an independent Board of Directors retains control over decisions relating to the company’s social mission and branding.  In the end, it is unknown whether the brand will continue to be sold in Israel.

The Prime Minister of Israel called the CEO of Unilever and warned them of legal action.

The effect on Israeli Jewish families not being able to buy Ben & Jerry’s in their local grocery stores is not what is at stake. Israelis can get along just fine without Ben & Jerry’s products, there are many other brands of ice cream sold in Israel.   With their announcement, Ben and Jerry’s is saying that Zionism and the Jewish homeland is colonialism and racism. They’re saying they believe Jews do not have the right to live in their ancestral Jewish homeland despite the fact that Jews have been living there continuously since the days Moses turned over leadership of the freed Egyptian slaves to Joshua.

The largest city in Judea and Samaria is Hebron. The Jews who make their homes there are included in this ice cream boycott. Hebron features the Cave of the Patriarchs. Not only does the bible explain how the Jews paid for that land, but how the patriarch Abraham overpaid for the land to ensure that no one would ever be able to say that wasn’t Jewish territory as it was purchased fairly. But Abraham lived long before the invention of ice cream.

If the Jewish families who live now in Hebron are universally seen as committing an immoral act by just living in their homes then the rights of Jews to live anywhere is in jeopardy. It is really that simple.

Jews have been banned from living in Saudi Arabia for decades.  Is it moral to make any territory Judenrein? The Palestinian State that Ben & Jerry’s would see created in Judea and Samaria would be as Judenrein as Saudi Arabia is now. How does Ben and Jerry’s feel about that?

It must be said that many of these Jews are members of families that have lived in Judea, Samaria, and East Jerusalem since biblical times.

Just as a prior generation of young American Jews stood shoulder to shoulder and supported Russian Jews in their moral fight against Soviet tyranny and injustice, so must we today stand with the Jews of Judea, Samaria, and  East Jerusalem. We must support them at this moment when they need us.

Even the Socialist Mayor of New York disagrees with the Ben and Jerry’s move.

The Times of Israel reported that Ben and Jerry’s parent Unilever had nothing to do with the ice cream’s company’s act and probably regrets the fact that under the purchase agreement the independent Ben and Jerry’s Board of Directors retains control over decisions relating to the company’s social mission and branding.

The Israel subsidiary of Unilever, the European consumer-product giant that bought Ben & Jerry’s in 2000, stressed that the conglomerate had no part in the decision.

“Unilever Israel does not manage Ben & Jerry’s locally,” the company said in a statement Tuesday. “The brand is run by a competitor’s business which owns the Ben & Jerry’s franchise in the Israeli market. Unilever Israel had no involvement in this decision. It was made by Ben & Jerry’s globally and its independent Board of Directors. We are very proud of our history in Israel and are fully committed to our long-term presence.”

The company stressed that it employs around 2,000 employees, mostly in factories in Arad, Acre, Safed and Haifa.

“In the last decade alone,” Unilever Israel said, “the company has invested in the Israeli market more than 1 billion NIS, and will continue to invest in its people, brands, and business in the local market.”

While the Jewish community should not be punishing Unilever which is a big supporter of the Jewish State, we can and should do much to fight Ben & Jerry’s.

For example, Jewish food retailers and general market retailers with large Jewish followings such as ShopRite in the US should be told by their customers and Jewish organizations that we expect them to deny Ben & Jerry’s shelf space as long as they continue with this anti-Semitic boycott.

One other action we can take is to call KOFKKosher to immediately pull their kosher certification please keep contacting them and asking them to pull Ben and Jerry’s Kosher certification. They can’t be Antisemitic and Kosher at the same time. KOFKKosher’s contact information is: 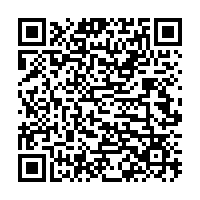