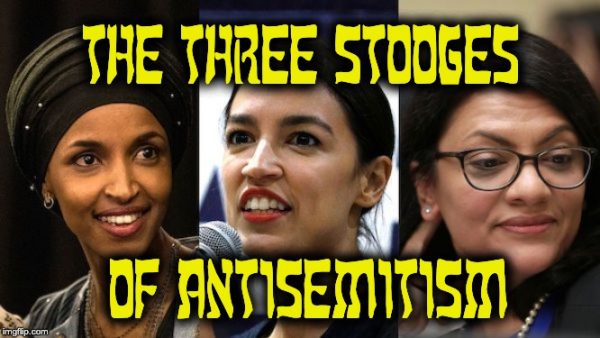 Here’s another quote that President Trump will be blasted for by the PC police, although it’s 100% true.  On Friday night, Trump spoke at a rally of evangelical supporters and said that the Reps. Omar, Tlaib, and AOC hated Jews,  based on their support of the anti-Semitic BDS movement.

Unfortunately, there is a growing left-wing movement that seeks to target and punish the state of Israel and its Jewish citizens. This includes the anti-Semitic BDS movement. Boycott, divestment, and sanctions. It is a disaster, and we have people in Congress — I do not know where they come from. Five years ago, seven, eight years ago, it is unthinkable what is happening in Congress. But these people hate Israel. They hate Jewish people. I won’t name them. I will not bring up the name of Omar, Talib, AOC. I won’t bring that name up. Won’t bring it up. I will not bring it up. But where do these people come from? Ten years ago, if you think back, this was, there was a great love, and today it is the opposite. But I made clear my administration strongly and forcefully condemns the dangerous campaign to inflict pain and turmoil on the state of Israel.


Omar has a history of anti-Semitic statements, including accusing American Jews of dual loyalty.  As a matter of fact, the Democratic caucus was about to pass a resolution condemning her Jew-Hatred. Still, the Congressional Black Caucus objected, so instead, they passed a vanilla resolution basically saying its wrong to be mean to people.

Tlaib has refused to say Jews have a right to a state and has said boycotting Israel was the same as boycotting the Nazis. AOC has inappropriately referenced the Holocaust, using it as a political weapon. All three support the anti-Semitic BDS movement.

The President also slammed the growing socialist movement here and across the world:

Friday night, President Trump proved again that he will tell the truth about Antisemitism. That’s a line previous presidents were too frightened by political correctness to cross. 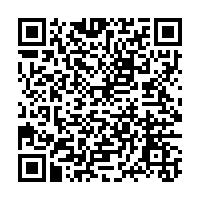