The horrors of today’s Syria – repression, civil war, barbarity – resulted from many developments; one of the most important occurred 50 years ago today. That’s when the pedantically named “Military Committee of the Syrian Regional Branch of the Arab Socialist Ba’th Party,” whose leadership included Hafez al-Assad, took power in Damascus in what has come to be known, again pedantically, as the “8 March Revolution.” The Ba’th (or Baath) party has ruled the country ever since, first under Hafez (1970-2000) and then under his son Bashar (since 2000).

Then came the heavy hand of the Ba’athists. Other than some internal reshuffling (the ‘Alawi coup of February 1966 and the Assad coup of November 1970), it’s been the same dreary, statist, totalitarian regime ever after, stifling individual and ethnic expression, corrupting minds, stunting the population’s entrepreneurship, and finally leading to the furies unleashed three years ago that have brought on the current conflict, one which could lead to the next totalitarian regime, that of the Islamists.Before the 8 March Revolution, Syria had been exceptionally unstable: since the country’s first military overthrow nearly 14 years earlier, in April 1949, it had experienced a string of coups d’état; indeed, the year 1949 alone witnessed three changes of regime.


On this bleak anniversary, one might recall how easily a country can go off track and how very difficult it finds the return to sound policies and human dignity. 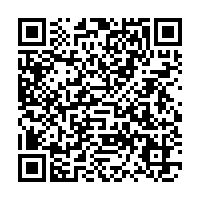