Recep Tayyip Erdoğan, who has served longer than any person as prime minister of the Republic of Turkey, recently marked his completion of a full decade in that office, having entered it on March 14, 2003.

Born in February 1954, he is now 59 years old. And while he has a potentially long political career ahead of him, he reportedly suffers from some serious ailments that could cut it short.


Erdoğan’s main challenges are three-fold: an electorate increasingly wary of his domineering ways, an ever-more restive Kurdish population, and a problematic regional alignment in which, as Ian O. Lesser put it in analysis published yesterday, “Ankara faces some troubling cold wars, new and old, that will shape the strategic environment and the nature of Turkey’s security partnerships.”

The only comparable figure in modern Turkish history is Kemal Atatürk, the founder of the republic and dominant figure. It is reasonable to see Erdoğan as the anti-Atatürk, the leader who seeks to undo substantial parts of his predecessor’s legacy, especially his rejection of Shari’a, or Islamic law. One can also see Erdoğan as the politician who turns Islamism into a nearly viable political program.

Westerners have been conspicuously slow in understanding just what a threat Erdoğan presents; one can only hope that his second decade will prompt more understanding than the first.

Originally published as “Erdoğan’s Decade as Prime Minister of Turkey” at DanielPipes.org and The National Review Online, The Corner, March 14, 2013. 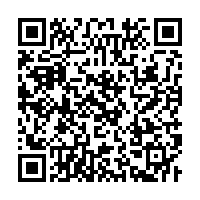