In a brilliant 2006 analysis, Camelot and the Cultural Revolution: How the Assassination of John F. Kennedy Shattered American Liberalism (Encounter), James Piereson showed how liberals turned the communist murder of John F. Kennedy, a liberal politician, into a stain on conservatives, and how this distortion then caused liberalism to evolve into the sickly phenomenon it is today. (For my summary of the book, see “Lee Harvey Oswald’s Malign Legacy.”)

As the 50th anniversary of the assassination approaches, liberals are still at it, pinning responsibility for the murder on the far-right culture of Dallas in 1963 and downplaying the ineluctable fact that the communist Lee Harvey Oswald in no way reflected that culture. They just do not give up. Here is an example from today’s New York Times, “Changed Dallas Grapples With Its Darkest Day.” First, Manny Fernandez sets up the right-wing culture of the supposed City of Hate:

In the early 1960s, a small but vocal subset of the Dallas power structure turned the political climate toxic, inciting a right-wing hysteria that led to attacks on visiting public figures. In the years and months before Kennedy was assassinated, Lyndon B. Johnson, his wife, Lady Bird, and Adlai E. Stevenson, the United States ambassador to the United Nations, were jostled and spat upon in Dallas by angry mobs. In sermons, rallies, newspapers and radio broadcasts, the city’s richest oil baron, a Republican congressman, a Baptist pastor and others, including the local John Birch Society, filled Dallas with an angry McCarthy-esque paranoia.

The immediate reaction of many in Dallas to the news that Kennedy had been shot was not only shock but also a sickening sense of recognition. Moments after hearing about the shooting, the wife of the Methodist bishop told Tom J. Simmons, an editor at The Dallas Morning News, “You might have known it would be Dallas.”

While Fernandez gives the current Dallas a break (glorying especially in its lesbian sheriff), he finds continuity in Texas as a whole:

This past February, in West Texas, the sheriff in Midland County, Gary Painter, said at a John Birch Society luncheon that he would refuse to confiscate people’s guns from their homes if ordered by the Obama administration and referred to the president’s State of the Union address as “propaganda.” Other Texas politicians in recent years have embraced or suggested support for increasingly radical views, including Texas secession, Mr. Obama’s impeachment and claims that the sovereignty of the United States will be handed over to the United Nations.

It’s not just Texas, either: Fernandez notes that the extreme right culture of Dallas has suffused the entire land, quoting a former Dallas reporter, Bill Minutaglio, saying that “modern demonizing politics in America” in some ways took shape in Dallas in the 1960s.

Okay, got that? Dallas was a bastion of right-wing kooks with a vast legacy. Now, watch how this bastion gets blamed for the communist Oswald:

Lee Harvey Oswald was a Marxist and not a product of right-wing Dallas. But because the anti-Kennedy tenor came not so much from radical outcasts but from parts of mainstream Dallas, some say the anger seemed to come with the city’s informal blessing. “It was, I think, a city that was tolerant of hate and hate language,” said John A. Hill, 71, who in 1963 was student-body president of Southern Methodist University in Dallas. “There were people who spoke out against that, but in general city leaders were indifferent to that toxic atmosphere.”

Q.E.D. Magically, the hard right takes the fall for a communist operative. The New York Times can take pride in consistency, however distorted, over a half century. (November 19, 2013) 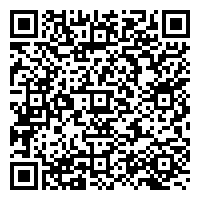