Note: the following is Daniel Pipes’ response to a question posed by Commentary Magazine to over 50 writers and academics for its January issue.

Like so many other conservatives, I had come to assume that the Tea Party, the 2010 election results, Solyndra, 8 percent unemployment, Benghazi, and an aroused opposition (One Romney adviser said that, on election day, “you just don’t want to get in the way of a Republican heading into the polls.”) assured defeat for Barack Obama’s bid for a second term. His victory was therefore particularly bitter. Was I alone in sleeping badly and avoiding the news for days?


So many analyses have been proffered for what went wrong: Romney was too conservative or not conservative enough, he ran on his biography, he shied away from winning issues, he could not connect with the masses. So many conclusions have also been drawn: conservatives need to modernize (hello, gay partnerships), they must reach out to non-whites (welcome, illegal immigrants), they should nominate true conservatives.

Myself, I subscribe to the “politics is downstream from culture” argument. While conservatives sometimes prevail in policy debates, they consistently lose in the classroom, on the best-seller list, on television, at the movies, and in the world of arts. These liberal bastions, which provide the feeders for Democratic party politics, did not develop spontaneously but result from decades of hard work traceable back to the ideas of Antonio Gramsci.

Conservatives should emulate this achievement. With Ed Gillespie, a former chairman of the Republican National Committee, I look forward to the day when it will be as cool “to believe in the principles of free enterprise, the need for strong national security, the merits of traditional families, and the value of religious faith as it is to sneer at capitalism, demean the military, denigrate parents, and deride religion.”

Happily, American conservatives have a counter-establishment already in place: the Wall Street Journal and Fox News Channel may be best known, but the Bradley Foundation, Pepperdine University, the Liberty Film Festival, and Commentary matter no less. Yes, conservative institutions rarely enjoy the history, resources, and prestige of their liberal counterparts – but they do exist, they are growing, and they possess a convincing and optimistic message.

It will be a long, hard road to traverse, but there is no short cut and it can succeed.

Originally published by Commentary Magazine, January 2013, as part of What is the Future of Conservatism in the Wake of the 2012 Election? –A Symposium and at DanielPipes.org. 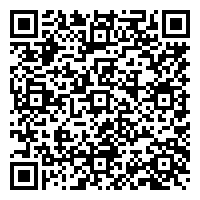