Bush, Clinton – both of them – Rice, Obama, Kerry Ashton and Yossi Beilin got it all wrong.

If they want to make peace in the Middle East, they have to understand that an agreement is not the goal. A handshake and a signed document are only a basis for a future argument.

The Russians have vodka. Israel has falafel.

And the United States has turkeys for Thanksgiving.

And the biggest turkeys are the Middle East negotiators.

This article appeared in its original form on IsraelNationalNews.com in 2005. 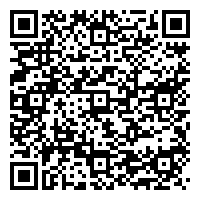