And, yet again, Haredi extremists are arrested for attacking a soldier. This time it was a border policeman in Bet Shemesh. It required police to swoop in and save him before he would probably have been picked up by an ambulance driver. Screams of “Nazi” and other epithets that were hurled only exacerbated the situation.


While this behavior is despicable, it has become, sadly, a nearly daily occurrence. This not-so-small gang of hooligans (provoked by a fiery “rabbi”) has grown and grown and every day seems to attract more ne’er-do-wells, vagabonds and ruffians. They pretend to stand up for the glory of G-d, but instead bring utter desecration to His name. They spend countless hours preaching how one must be spending his time learning Torah–all the while wasting their time NOT learning Torah. They divert precious resources, when police and others are needed to be brought in to protect those, who should not have needed protecting in the first place.

I fear that this will soon seem like “minor” problems though. It is scary to think this and even scarier to put into writing: The way things are moving now, it is (sadly) so easy to see bloodshed coming. When this Jerusalem Faction (a slap in the face to the name of Jerusalem!) says it is better for their sons to DIE than to serve in the IDF; when they pray for the death of a man who processes those soldiers who wish to enlist; when they call soldiers nazis and all other horrible things….It is not beyond the pale to think that we might see one of these hooligans “upgraded” to murderer.

Should that happen, G-d forbid!, that will change the “rules of the game” drastically. There will be pronouncements from the government (why in the world has Bibi been silent on this!??) and from MK’s and from the media, and then other so-called leaders will chime in. Suddenly, those who are leaders in various communities, the very communities where these actions are taking place, will call for quelling the rhetoric and violence. They will ask their constituency to show Ahavat Yisrael and will demand investigations into how all this happened.

So, let me save you all that time and headache.

If, G-d forbid, that would happen, it would not require any commission to investigate “how we got here.” It would serve no purpose to wring hands and have a Knesset debate about the issue. No, it would be futile! Because by then it will be too late! Because  if you are truly LEADERS, then say something NOW. If you are truly LEADERS (religious and/or public) then you owe it to ALL of us to speak up and call for mass protests against this constant profanation of G-d’s Name in the name of Torah.

You will not be able to say: ידינו לא שפכו את הדם הזה (our hands did not spill this blood) if the unthinkable happens! You know why? Because you have remained silent, you are also culpable. Do NOT tell me you are working quietly behind the scenes to change things. NO, there are times that that is the correct approach. But not this time! This time you need to speak up and shout from the rooftops: STOP HIJACKING OUR TORAH! STOP DESECRATING THE NAME OF G-D! STOP BREAKING SO MANY COMMANDMENTS IN THE NAME OF G-D!

I beg of you–all who have the ear of the public: Speak up PLEASE– before it is too late! 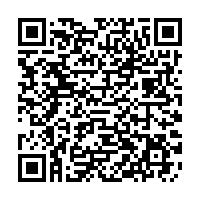