“This is not the rebuilding of cities. This is the sacking of cities.” – Jane Jacobs, author of The Death and Life of Great America Cities, describing large scale housing projects.

To be clear, a case can be made for government intervention to help the homeless population find housing and professional help and care. The effects of a lack of mental health facilities for those with acute psychiatric illness and drug addiction is a terrible strain on our cities. Additionally, the effects of the Covid shutdown adds risk to increasing homelessness nationally, and this increase is likely to be significant, perhaps massive. And that is something that must be addressed federally. But if only NYC is addressing the current homeless issue through placement in luxury hotels in high density residential neighborhoods, this invites even more homeless people to come to the city’s streets and rely on already strained social services when the city needs to drastically cut its budget to avoid debt and bankruptcy.


But what the City Council has agitated for and the mayor has largely acquiesced to is highly irresponsible. And no neighborhood has been more deleteriously affected than the Upper West Side. While it may be tempting to blame liberal religious and political beliefs for their fate, by no means are the main City Councilmen who engineered these policies all from the neighborhood. So too, the Upper West Side has a strong Modern Orthodox population. And regardless, when our brothers and sisters are under siege, we should never dismiss their suffering because of partisan or denominational politics. We must stand in solidarity and fight with them. Still, it must be noted that many of the leaders of this assault on the Upper West Side are themselves Jews.

The NY Post has been doing a fantastic job of reporting the dystopian path these progressive legislators have paved for NYC. But connecting the dots is also important. After all, do you blame the meshugenahs terrorizing your citizens, or do you blame the far-Left legislators who put them there?

As part of the newest chapter of NYC’s Great Leap Forward, the City is moving the homeless to pricey hotels throughout the city.

“The department said there are 139 commercial hotels being used as shelters citywide, including 63 locations that started housing people experiencing homelessness since the pandemic.”

The justification is that this will supposedly help reduce COVID-19, as well as put to use fallow hotel real estate. Some of these hotels are in the well-to-do, densely populated Upper West Side. It’s only been a couple of weeks.

A woman was randomly stabbed this past Friday at the 72nd St. and Broadway subway station. Ten pedophiles were placed in a hotel just a block from an elementary school playground. Public urination and drug use and selling are being reported. Many moms who can do so are looking to exit.

Resistance to the sudden homeless hotel placements has already begun. A Facebook group has organized, Upper West Siders for Safer Streets. A group of a dozen rabbis coalesced to meet with the mayor to address the problems, to no response.

The mayor is not the only problem. He actually initially resisted this policy, though as would be expected, not for very long.

Helen Rosenthal, whose district’s residents are understandably up in arms over the effects of the dramatic new landscape in their neighborhood, has mostly surrendered, noting,

“I want to make my position very clear: housing is a human right, and access to social and human services is essential. While I understand the anger and fear of many constituents (exacerbated by the lack of information from the City) and was initially moved to respond in very stark terms, I regret stating that the Upper West Side would not accept any more people who are homeless. The Upper West Side is known as a place that welcomes those in need and I remain steadfast in that tradition. We are in the middle of a public health and economic crisis — this is our reality — and we will rise to the challenges it brings. [Bold added.]”

It may be relevant that Helen Rosenthal led the fight against AirBnb’s ability to do business in NYC, which greatly benefitted the Hotel industry, a relationship Rosenthal has downplayed as “a marriage of convenience” when questioned about their donations to her campaign reelection.

Brad Lander, who is running for Comptroller in 2021, has a peculiar history of purchasing shelters for the homeless from luxury real estate interests, plus $89 million.

But compared to Stephen Levin, Lander is a miser when it comes to providing luxury housing for the homeless. Levin is the one that sponsored a bill that would have guaranteed the Department of Social Services,

“…provide private single rooms to everyone in the shelter system and street homeless, as well as requiring that shelters immediately reduce the risk of COVID-19 by positioning beds at least six feet apart unless they are located in a private room occupied by members of the same family.”

Every homeless person who comes to NYC from anywhere would be guaranteed a bed. And it must be six feet apart from anyone else.

The Upper West Side is fighting literal meshugenahs. And you can’t reason with meshugenahs. To be clear, I mean a large portion of the City Council and the mayor.

We must join the Upper West Side community in their fight, both for the sake of the city and for our community. 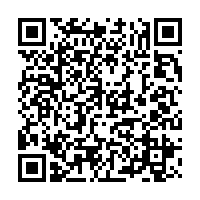