The Palestinians alternatively yearn for a Holocaust of their own, (Israel is killing our children), or deny that the Holocaust happened, or as in the case of Mahmoud Abbas, Jews voluntarily went to their deaths to create sympathy for a country of their own. The most extreme haters say Hitler should have finished the job.

In 1948 just after Israel was created, the new state invited Jews from all over the world the right to move to Israel. The invitation was called the Right of Return. Since then, the Palestinian Arabs have created a right of return of their own. This right demands that Israel permit any Arab claiming to come from or whose family came from any part of Israel to come back to their homes even if there are no homes. To demonstrate their resolve, the Palestinian Authority has refused to give Palestinian refugees citizenship in a future Palestine or even the right to live anywhere in Palestine if that’s what the refugees prefer.

3: Jerusalem as the religious home of the Jews and Arabs.

Arabs claim that Jerusalem is the third most important place in Islam This despite the fact that Jerusalem was not mentioned once in the Koran while it is mentioned hundreds of times in Jewish holy books. There is abundant scientific and historical evidence establishing that for three thousand years Jerusalem was the home of the Jews. The Palestinian Arabs do everything they can to destroy physical evidence to delegitimize Israel’s claim. They also concoct myths to show that they are the aboriginal people. The latest from Palestinian leader Mahmoud Abbas is that the Palestinian Arabs descend from the Canaanites. It’s strange though that the Palestinian Arabs have no Canaanite myths, heroes or legends imbedded in their culture.

The U.N. Educational, Scientific and Cultural Organization (UNESCO) declared that the Tomb of the Patriarchs in Hebron and Rachel’s Tomb in Bethlehem that for thousands of years were Jewish holy sites are an integral part of Palestine. Earlier, the Palestinian Arabs claimed both as mosques which was just fine by the UN. 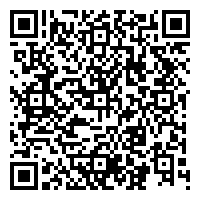