Were J.P. Morgan and John D. Rockefeller Jewish? No, they were not Jews. But many people in China think that they were. An utterly amazing positive stereotype of Jews permeates China.

I felt this great warmth when I visited in 1991 as a professor of Jewish Studies. I was invited to lecture at universities and institutes and was treated like royalty.

SHANGHAI, China — Showcased in bookstores between biographies of Andrew Carnegie and the newest treatise by China’s president are stacks of works built on a stereotype.

One promises “The Eight Most Valuable Business Secrets of the Jewish.”

Another title teases readers with “The Legend of Jewish Wealth.” A third provides a look at “Jewish People and Business: The Bible of How to Live Their Lives.”

In the United States, where making broad generalizations about races, cultures or religions has become unacceptable in most circles, the titles of some of these books might make people cringe. Throughout history and around the world, even outwardly innocuous and broadly accepted characterizations of Jews have sometimes formed the basis for eventual campaigns of violent anti-Semitism.

In Shanghai, which prides itself on having provided a safe haven for Jewish refugees fleeing Europe since the 1930s, some members of the city’s small Jewish community are uneasy about the books’ message.

These Jewish success books are “very dangerous,” said Audrie Ohana, 30, who works at her family’s import-export company and attended China’s prestigious Fudan University. “What they say — it’s not true. In our community, it’s not everybody that succeeds. We’re like everyone else. Some are rich, but there are others that are very, very poor.”

Nonetheless, in China, a country where glossy pictures of new billionaires have become as common as images of Mao Zedong, aspiring Chinese entrepreneurs are obsessed with getting their hands on anything they think can help them get an edge on the competition.

In the past few years, sales of “success” books have skyrocketed, publishers say, and now make up nearly a third of the works published in China, and perhaps no type of success book has been as well-marketed or well-received as those that purport to unveil the secrets of Jewish entrepreneurs.

Many of these tomes sell upward of 30,000 copies a year and are thought of in the same inspirational way as many Americans view the “Chicken Soup for the Soul” series.

Some of the business success books, despite their covers, focus on basic business acumen that has little to do with religion or culture. But others focus on explaining how Judaism has ostensibly helped Jewish people’s success, even quoting extensively from the Talmud.

Practically every book features one or more case studies of the success of the Lehman brothers, the Rothschilds and other Jewish “titans of industry and captains of finance,” as one author put it.

Some works even refer to J.P. Morgan, an influential Episcopalian leader, and John D. Rockefeller, a devout Baptist, as Jewish businessmen.

Most Chinese people have never met a Jew — they number fewer than 10,000 in a country of 1.3 billion people.

But several of the most successful businessmen in the nation’s financial capital, Shanghai, have been Jewish. The Sassoon brothers, for instance, were real-estate moguls of British descent from Baghdad, Iraq, who constructed the landmark Peace Hotel.

Positive stereotypes about Jews and their supposed business prowess have given the Jewish community iconic status in the eyes of the Chinese public.

The cover of January’s Shanghai and Hong Kong Economy magazine wonders, “Where does Jewish people’s wisdom come from?”

Jewish entrepreneurs say they are bombarded with invitations to give seminars on how to make money “the Jewish way.”

Last year, a Jewish businessman’s family was featured on a popular TV show. As the husband and wife gave viewers an introduction to the Jewish faith, the cameramen went around filming the family in action as they performed mundane household tasks. Reporters asked them what they ate.

Wang Zhen, a researcher at the Center for Jewish Studies, says he recognizes that the stereotypes can be considered anti-Semitic, but thinks it’s important that “even if people in China have the wrong impressions of Jewish people, the Chinese are very kind to them.” 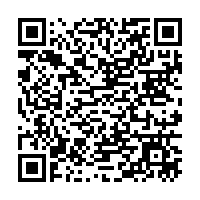