The rainy season officially has begun in Israel, with snow falling on the Hermon mountain and streets in Jerusalem flooded.

November was almost totally dry, and special prayers for rain have been inserted Prime Minister Netanyahu daily prayers because 30 days have gone by without precipitation since Jews in Israel began the usual request for precipitation beginning two weeks after Shemini Azereth-Simchat Torah.


Outside of Israel, Jews began adding the request on Wednesday, December 4, coincidentally when rain began falling in some parts of Israel before spreading today.

The Kinneret, which could reach flood levels this year, rose for the first time Thursday after having fallen to 2.6 meters, or 102 inches, below the level at which the Degania dam would be opened to prevent flooding in Tiberias and surrounding areas.

The official forecast calls for scattered showers to continue through Sunday. 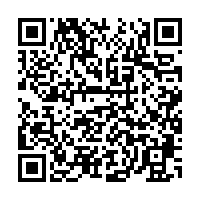