The English-language Palestinian news service Maan is reporting that a car exploded in Gaza City’s Tal al-Hawa neighborhood before dawn on Wednesday. Here are the details it provides:

Ashraf al-Qidra, spokesman of the ministry of health in the Hamas-run government in Gaza, said 22-year-old Ayman al-Sharafa sustained deadly wounds in the incident and was pronounced dead later. Two other men sustained injuries, he confirmed. The cause of the blast was not immediately clear.

The cause of the blast may not be immediately clear in Bethlehem and is likely to remain unclear based on past performance. But it is evidently somewhat clearer in Gaza. There the Arabic-language daily Al-Quds is now saying [“Report: Man killed in Gaza was Hamas operative“] that the “military wing” (their term) of the terrorist organization (not their term) Hamas is mourning what it calls

the death of one of its elements in an internal explosion in Gaza City. Explained in a statement, that the martyr is Ayman al-Yahya Shurafa from the Sabra neighborhood in Gaza City [who] died at dawn today in explosion on a car by mistake during training. Reported our correspondent in Gaza, that the citizen was killed and two others wounded when a mysterious occurred in a jeep in Gaza City… The blast took place near a mosque… south of Gaza City… The blast was caused by the explosion of an explosive device… inside the “pocket”… All of the inside are members of the Qassam Brigades, the armed wing of the movement Hamas.

Terrorists inside cars, frequently young men with explosives stuffed into their clothing, are a fixture in streets controlled by Hamas and other like-minded terrorist groups. There’s an understandable reticence on the part of the Palestinian Arab terror organizations to own up to the way they place their own communities and neighbours at mortal risk, using them in effect as human shields. When, as happens often, the young men explode and go to their 72 virgins, their media conceal this by referring to “mysterious explosions” as Maan does today. For its part, the Israeli media term these events “work accidents” without much sympathy.

So it’s a little refreshing when the terrorist thugs come right out and call it what it is, as Al-Quds is doing – though in Arabic only. 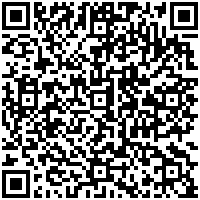