Time for a small lesson in reality twisting and shaping.

A convicted Palestinian Arab terrorist, sentenced to life imprisonment for trying to engineer a massacre in a Jerusalem cafe in 2002, died recently at the age of 62 of cancer of the throat.

As a direct result, Arab riots broke out in several parts of Israel’s prison system as well as in East Jerusalem. In addition, three rockets were fired into Israel from the Hamas-controlled Gaza Strip. The Times of Israel said that two of the Gazan missiles crashed inside Gaza’s borders, but as happens constantly with such “fell short” explosions, there are no reports of casualties among the Palestinian Arabs of Gaza, even though casualties do routinely occur in the wake of “fell shorts.” A third exploded in an open area of southern Israel’s Eshkol region, according to the IDF.

Credit was claimed by the terrorist faction called Mujahideen Shura Council in the Environs of Jerusalem who said it’s a protest at the death of the sick, now deceased, terrorist. Wikipedia calls this group

an armed al-Qaeda-linked group that is active in Egypt’s Sinai Peninsula and in the Gaza Strip. Since it emerged following the 2011 Arab Spring developments in Egypt, it has carried out attacks against civilians in Israel. The group describes violence against Jews as a religious obligation that brings its perpetrators closer to God.

The terrorist, Maysara Abu Hamdiyeh, was diagnosed a week ago as being terminally ill. He died Tuesday in a bed in one of Israel’s major public hospitals, Soroka University Medical Center in Beer Sheva, where he received treatment (says the Israel Prison Service spokesperson) from some of the country’s most accomplished oncologists. Perhaps this explains why Palestinian prisoner affairs minister Issa Karakeh…

blamed Israel. “This is a serious, ugly crime committed against the prisoner Maysara due to medical negligence and reluctance to release him,” Karakeh said [source].

Surprisingly, the Palestinian minister made no comment at all – not a word – about the death a day earlier of Sami Hamdan Qishta. Qishta died on Monday of a heart attack at the age of 50 in one of the Hamas prisons in the Gaza Strip, according to the Palestinian Ma’an News Agency. Unlike the massacre-planning Abu Hadiyeh, Qishta was neither a terrorist nor even convicted. Ma’an says he was merely being held on charges “related to financial crimes,” quoting the Hamas Ministry of the Interior as its source.

The global media are roiling about the “serious, ugly” death of the terminally-ill Abu Hamdiyeh. Now try Googling for any mentions of Qishta in the news, the one who died at the hands of Hamas. And good luck. 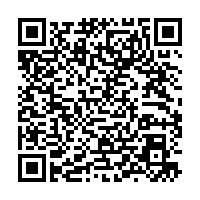