It’s not a rhetorical question. When men and women do acts of beastial evil, and it happens just down the street or even closer, and to people you know, and when it appears to escalate in intensity, scope and frequency with time… what do you do? Not “what does one do” in the passive sense. But what do you do? What do I do?

The closer you live to Jerusalem, the more you will understand that these questions pertain to the horror that unfolded just two mornings ago: an attack by determined, well-armed men on a place of worship and the people inside preoccupied with prayer and learning. The victims, the targets of the attack, had no form of physical protection and the attackers had zero mercy; not the slightest hesitation in shooting, slashing, stabbing unarmed people with their eyes closed at point blank range.

The killings and maimings in Jerusalem’s Har Nof quarter on Tuesday have barely been absorbed here. This will take time. Initial shock will give way to longer-term reactions on the part of the families directly impacted. Some of this will be visible to their neighbours and friends. Much of it will not. It will not be over and done quickly – or in many cases ever. On a single street of a small neighbourhood of this small city, there are now four new widows, more than two dozen orphaned children, and a pervasive air of horror, fear, anger, deep puzzlement, powerlessness.

How should we be thinking about the men with the knives, the meat-cleavers, the guns and the axes? How saddened should we be by the sight of their bereaved family members? By the deaths of two young men, both members of the Abu Jamal clan, both in their twenties, both with their lives ahead of them?

Here’s one way: over the river in the Kingdom of Jordan, the parliament yesterday paid formal and public tribute to them. Just a few hours ago, the Elder of Ziyon blog quoted the praise expressed in the Hashemite Kingdom’s legislative chamber:

MP Mohammed Al-Qatathh of the House of Representatives issued a statement to the assembly condemning the “Zionist attack on Jerusalem and its people” in the wake of “the heroic operation” on the synagogue… The Council also read the Fatiha on the spirit of the martyrs… at the request of Khalil Attieh MP… [Alrai Newspaper, Amman, Jordan, November 19, 2014]

Should it surprise us that Al-Qatathh and Attieh were not immediately arrested and removed from the parliament and charged with conduct demeaning the honour of the kingdom? Yes, it should surprise us. Jordan has special standing in the eyes of the United States. The Jordanian leadership is routinely praised in the West for aligning with the anti-terrorist side in the huge global war now underway. Rational people might expect the leaders of its government to do everything possible to preserve that. After all, the US State Department calls Jordan

a strong ally in combating terrorism and violent extremist ideology. Jordan’s geographic location renders it susceptible to a variety of regional threats, while also making it a natural regional leader in confronting them… [At p.151] On October 1, the Government of Jordan signed a Mutual Legal Assistance Treaty with the United States… Jordan is a key participant in the State Department’s Antiterrorism Assistance (ATA) program. [Source: The most recent edition of the State Dept’s official annual  “Country Reports on Terrorism”, published a few months ago]

Let there be no doubt that, in official US circles, Jordan and its political leaders are counted as being against terror and for truth, justice and the American way. In fact, on the very same day as its parliamentarians rose to their feet to praise the Abu Jamal savages, over at the United Nations Jordan trumpeted its active membership of the forces of good valiantly fighting the terrorists:

Jordan to launch initiative to curb terrorist groups’ media practices | Petra | Nov 19, 2014 | 23:04 | NEW YORK — Jordan is going to launch a regional initiative to curb terrorists’ increasing use of telecommunications and media technologies. During the UN Security Council (UNSC) session on international cooperation in combating terrorism, which convened on Wednesday, Dina Kawar, Jordan’s representative to the UNSC said Jordan intends to launch the initiative in Amman with the participation of international experts, community representatives, and concerned entities…

The problem is that Jordan does not actually use the word “terrorists” in the way that most people hearing the diplomat’s speech at the UN might have expected. Here is an authoritative Jordanian news source explaining Jordan’s legislative approach to terror:

The Lower House on Wednesday endorsed draft amendments to the State Security Court (SSC) Law following extensive discussions over its provisions. The deputies excluded “resistance actions” against Israel from the court’s jurisdiction, following a proposal to do so by Deputy Tareq Khoury (Zarqa, 1st District). The deputies agreed that any actions against Israel cannot be “terrorism” at all; hence, they approved a provision that excludes actions against Israel from terrorism crimes. [Jordan Times, December 11, 2013]

Other than in the Jordanian media (and they can be expected to know, right?) where else have you seen any mention of this in the mainstream news media?
Advertisement 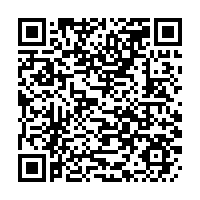