Nothing in life prepared us, Your Majesty, for the murder of our daughter Malki.

Just 15 years old, she was a delightful child with a vivacious personality, a skilled musician with a passion for helping children with disabilities. Losing her and fighting to see her killer — a woman harbored by Jordan since 2011— brought to justice are the defining challenges of our lives.
Shakespeare is the source for an insight to which we assume you can relate: “Uneasy lies the head that wears a crown” he has a character, a monarch like you, say in Henry IV Part I.  And while we have no special desire to add to your unease, we do feel justified in addressing you on a serious matter, one that comes with heaviness and consequence – though it’s summer.
For you personally, Your Majesty, as we have noticed, summer means vacation time and traveling to the US. You have done it almost every year as long as we have been following your public statements and your travels.
You’re there now, having arrived a week ago and you will stay there until July 22. Along the way, you are going to be a guest in President Biden’s Oval Office on July 19. And you have a long list of meetings where you will be addressing numerous committees of the House of Representatives and the Senate.

For us, the past two decades of summers, as much as we would want them to be different, have ceased to be a time of recreation and switching off. Losing a dearly loved child’s life to a vicious act of explosive hatred can do that to people.

But it’s emphatically not sympathy we seek in addressing these words to you, sir. We are addressing you via this open letter in order to urge you to take the necessary steps so that our child’s killer finally faces US justice. These are actions that you and you alone can take.

*  *  *
After completing 10th grade, Malki spent part of her summer vacation volunteering at a camp for children with severe disabilities. She returned home beaming from the pleasure of making a difference in the lives of others. A few days later, she and her closest friend stood together at the counter of a bustling Sbarro pizzeria — two sweet girls chatting and texting. Nobody took notice when a young musician, a guitar case slung across his back, entered and stood beside them

He wasn’t a musician.

And it wasn’t a guitar.
When he squeezed the button on his chest, the shuddering blast reverberated throughout Jerusalem. The satanic terrorists of Hamas, adroit at exploiting the twisted mentality of young religious zealots, put him to this hideous work.
A young Jordanian woman, a journalism student of 21, guided him to the scene. She later boasted of having scouted Jerusalem for child-rich targets and realized Sbarro was ideal. Her name is Ahlam Ahmad al-Tamimi. She appears to have hesitation in calling the massacre “my operation”.

Tamimi fled the scene after depositing her human bomb and was in a taxi on her way back to Ramallah when the car radio broke the news of the atrocity. Tamimi was elated. We know this because she said so. On video. Grinning.

Among the 15 dead, including eight children and 130 wounded, Tamimi obliterated the lives of three female American nationals.

It is the murder of the Americans that caused the US to bring criminal charges against Tamimi and seek to put her on trial [“14-Mar-17: Sbarro massacre mastermind is now formally charged and her extradition is requested.“] And it is your government that stands in the way.

Since 2011, Tamimi has lived free in Amman. As you and your advisers know, she is a celebrity to Jordanians, an icon of resistance and vengeance. Jordan’s best and brightest journalism students at a graduate school for media studies under royal auspices actually declared her their “success model”. The main details are here: “By their role models shall ye know them,” [The Times of Israel, December 10, 2014].

The horror she executed that day earned her a prestigious role hosting a weekly TV show broadcast globally from Jordan for five years. And — there’s no way to miss this point — your government, which notoriously exercises tight control over broadcast media (“hampered by restrictive laws and government pressure” according to Freedom House’s latest assessment), let her do it.

How did Tamimi get back home to Jordan?

In 2003, after making a full confession, she was convicted by an Israeli court and sentenced to 16 consecutive terms of life imprisonment. Eight years later, under the leadership of an Israeli prime minister whose international reputation was made by authoring a best seller about why deals must never be done with terrorists, Israel did a deal with the terrorists Hamas. It freed Tamimi in the extortionate transaction. She was one of 1,027 convicted Arab terrorists, most of them killers, exchanged for a sole Israeli hostage.

Jordan, as we are certain you remember, welcomed Tamimi as a returning hero.

On March 14, 2017, the US Department of Justice unsealed terrorism charges and designated Tamimi an FBI Most Wanted Terrorist. The US prosecutors had kept the charges secret for four years as efforts were made by private diplomacy to convince your government to turn her over. The announcement brought us hope that long-thwarted justice was about to be done.

Our hope was misplaced.

Just six days later, Jordan’s Court of Cassation, the appointment and dismissal of whose judges require your approval, declared the extradition treaty, bearing the personal, signed endorsements of your revered late father King Hussein and President Bill Clinton, unenforceable. The court ruled it lacked parliamentary approval — a purported defect that obviously could have, but never has, been corrected.

(Just a week ago we wrote in another place of discoveries we made earlier this year when we sued the government of the United States under its Freedom of Information Act. We have another article explaining this. But it is not quite ready for publication. In the meantime, in case you want to know what we found – and we see it as stunningly important – see “Will Joe Biden Grant My Daughter Justice?” on the Sub-Stack site of the former New York Times columnist and distinguished writer and public intellectual Bari Weiss.)

In the years that followed, we fought to create awareness of (forgive our blunt language – we’re enraged) Tamimi’s obscene freedom and of the appalling support Jordanians give her.
We have gotten pushback we never expected, warning that your kingdom, a key US strategic ally and third largest recipient of US aid, would fall and chaos ensue, if this lightning rod for terrorist sentiment is extradited to Washington.

Shockingly, your multiple ceremonious visits to Washington as guest of the Obama and Trump administrations produced not a single official utterance about the ongoing travesty of justice.

How to explain this desecration of law, of morality, of fundamental decency? Is your rule truly that precarious? Is Jordanian society so infused with hatred of Jews that, with the connivance of the international media, you have no choice but to let it go on?

What meaning does leadership have if, as monarch, you are hostage to the most bigoted elements of Jordanian society? What future does Jordan have if its leadership nurtures the dysfunctional mindset by which handing an admitted murderer of Americans to American justice is the real outrage?

It remains in your hands, King Abdullah. You can end this. Turn your current visit to the United States and to Washington as the moment when you declare Jordan is going to do whatever necessary to immediately effectuate the 1995 treaty; to honor the US request to extradite Tamimi; to see justice finally done.

Unforgivably overdue by years, this would be a step towards healing a festering wound in the strategic relations between Jordan and the US and, no less important, eating away at Jordanian society itself.

Frimet and Arnold Roth jointly wrote the above, as well as their blog, This Ongoing War, that since 2006 has documented their efforts to see justice done in the matter of their daughter’s murder.

{Reposted from the authors’ blog) 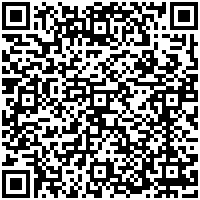