offered her thoughts, prayers and support in the wake of the unconscionable terrorist kidnapping of more than 200 Nigerian girls. The audio of the address and video of the address will be available online at www.whitehouse.gov at 6:00 a.m. ET, Saturday, May 10, 2014. [White House Press Office]

Her argument against what the Islamist terrorists of Boko Haram did, and have been doing for years to their fellow Nigerians with sickening brutality, is summarized this way:

This unconscionable act was committed by a terrorist group determined to keep these girls from getting an education – grown men attempting to snuff out the aspirations of young girls… In these girls, Barack and I see our own daughters. We see their hopes, their dreams and we can only imagine the anguish their parents are feeling right now.”

From the official text of her speech, it’s hard not to notice that she uses the word “terrorist” three times in describing the Islamists of Boko Haram who have openly taken credit for the kidnappings.

But not once does she use the words Boko Haram or Islam or Islamist.

There’s a flip-side to this. Although Michelle Obama herself (or her speech-writers, if one were to be coldly pedantic about this) calls them terrorists, the ever-delicate – and hugely influential – BBC does not use the word even once in its coverage of her speech. (Here and here are some background notes on the BBC’s obnoxious “use of terrorism” guidelines. And here is the policy itself.) Oddly, they have no problem inserting Boko Haram and Islamist into their report, though Mrs Obama’s speech does not mention either term. She does call them terrorists, but to the oh-so-doctrinaire BBC, they’re militants.

As for Mrs Obama’s perfectly justifiable outrage at grown men “determined to keep these girls from getting an education,” we wonder if she is aware of the other unconscionable atrocities for which this group has taken responsibility. Tragically, it’s not only about education or girls. A very partial list:

• Boko Haram terrorists bombed a Catholic church, filled with worshipers, in  January 2014, and killed 45 of them [source]. • Boko Haram terrorists carried out two roadside attacks on unsuspecting travelers in September 2013 and murdered no fewer than 159 of them, all fellow Nigerians [“22-Sep-13: A quiet weekend“] A week later they attacked the College of Agriculture in Yobe state and shot students as they slept, killing some forty of the young men. [“29-Sep-13: Sunday, bloody, bloody Sunday“]

• Boko Haram executed three human bomb attacks on Christian churches in the northern Nigerian state of Kaduna in June 2012. At least 50 people were killed, according to the Red Cross. 131 were injured. This was “the third weekend in a row in which Boko Haram has carried out bombings on churches” [BBC] The report points out that “Kaduna lies on the dividing line between Nigeria’s largely Christian south and mainly Muslim north… Since 2009, it has targeted police stations and other government buildings, churches and schools. Hundreds of people have died in the attacks, and analysts suggest the group is trying to trigger clashes between Christians and Muslims.”

• Boko Haram gunmen launched a terror attack on a Christian church in Gombe in January 2012, and managed to kill 6 and wound 10 of the Christian worshipers [source] (A UN agency has a detailed and much fuller timeline of Boko Haram atrocities and body counts here. It’s a truly ghastly tally.) 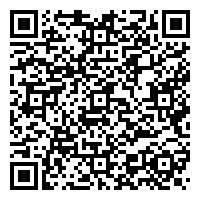