An extraordinary four-part television series is unfolding in Israel, called Allah Islam, which deals in a unique and extremely effective way with the mutual interaction of European society and Islamic immigrants.

This is a tense and highly loaded subject, one that can easily be ruined by an overdose of political commentary or pandering to prejudices. Only three of the four parts have so far gone to air, so it’s unfair to judge the whole work yet. But for us, what we have seen so far constitutes a compelling instance of first-rate reality television. Unfortunately, it exists only in a made-for-Israel television version. So there are no English or other sub-titles, and the audience is assumed to have a basic grasp of an Israeli viewpoint.


The series, “Allah Islam”, is a collaboration between Israeli film director and journalist David Deri (he’s interviewed at length in this Haaretz article from September 12, 2012), and Zvi Yehezkeli who is Israeli Channel 10’s senior news reporter on Arab affairs.

Yehezkeli speaks Arabic well, and the series follows him as he meets – from very close up – Muslims on their European home turf. His interview subjects appear to be at ease in his company, believing he is a fellow Moslem, a Palestinian film-maker, and providing him with access to their candid opinions in ways that it is hard to imagine European or American film-makers ever achieving.

What emerges can be startling – even shocking – to those of us accustomed to smooth-talking community representatives explaining the disturbing aspects of what passes for everyday life in today’s Europe.

Even for viewers lacking familiarity with the Hebrew language, the scenes of Yehezkeli doing street interviews in Malmo, Sweden, in Paris, in Brussels, in London and especially in Luton will be understandable enough. He goes into mosques, is invited into private homes, walks around with young Muslims who open up to him and to the viewers. Once the series is repackaged with subtitles in European languages, it’s likely to have a significant impact on the public discourse about the effects on European life of the massive, and growing, immigration of Muslims and the wrenching changes this is causing in Europe’s cities.

Those who want to see Islamophobia in these programs will find it. But for our taste, the film-makers have done a serious job of allowing the street and its people to speak for themselves without imposing their judgments or clear conclusions.To be direct about this – overall it delivers a very deeply disturbing picture: Yehezkeli finds no shortage of immigrant Muslims who heap scorn on the societies that have granted them shelter, unemployment payments, lives immeasurably more safe and comfortable than those they left behind. There are religious leaders here, not suspecting the man with the microphone is an Israeli, who speak directly into the camera in support of terrorism and terrorists. Even some of the migrants for whom Yehezkeli has obvious feelings of sympathy who confess without embarrassment to lying and subterfuge in order to get what they need from their European neighbours.

Two small vignettes to watch for:

*A young Belgian Muslim describes (Episode 3, at 23m 20s) with utter disdain the education he received at a Belgian Catholic school. To the appreciation of his buddies sitting in on the interview, he mentions some of the totally useless pieces of learning (“stupid things”, he calls them) the system forced him to accept: washing hands after going to the toilet, for instance. He was born in Belgium. So were both of his parents. It was the grandparents who made the transition from Morocco to give their children a better shot at a good life. Three generations into the process of European acculturation and the grandson – disenfranchised, alienated in his native land – burns with zeal and indignation. He seeks to bring his parents back to the true religion.

*Another young Belgian Muslim describes (Episode 3, 22m15s) in good English how he and his friends seek to provoke anger among their non-Islamic neighbours by very publicly praying in the street or in front of the famous Belgian Atomium monument. Provocation, he calls it – over and again. They do this because of the effect, he tells the camera.

Below are links to the Hebrew-only versions (we don’t know of any others at this point) of the first three programs in this excellent series. They might not remain online much longer, so we want to recommend to view them while you can. Each runs for about 45 minutes. 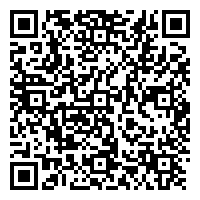