Lingering doubts that remained about the criminality of the organization frequently called the United States’ “largest Islamic charity” [NY Times] ended on Monday. That’s when the Supreme Court of the United States ruled that it would not overturn an earlier appeal that went against five officials from Holy Land Foundation convicted of illegally funneling millions of dollars to Hamas. That appears to be the final legal avenue open to the convicted men and concludes the case.

For years, in a pattern which to some of us is already familiar, the supporters of the convicts and their lawyers cast the Holy Land Foundation as being, at minimum, the victim of the extreme angst that afflicted the US after the events of September 11, 2001, as well as “an important case for religious freedom, and for civil rights” [The American Muslim]. The group “merely raised money for needy Palestinians”, it has been argued, and was never connected to any violence.

America’s tribunals of law and fact, one after another, came to a different conclusion. As a result, Ghassan Elashi, Shukri Abu-Baker, Mohammad El-Mezain, Mufid Abdulqader and Abdulrahman Odeh were convicted on 108 counts in 2008 and will remain in prison serving sentences ranging from 15 to 65 years. Just in passing, a reminder that Mufid Abdulqader is the brother of arch-terrorist Khaled Mashal, “the main leader” [Wikipedia] of Hamas’ terrorist operations since 2004.

The fragrantly-named Holy Land Foundation for Relief and Development started life as the Occupied Land Fund [US Treasury, Office of Foreign Assets Control, “Specially Designated Nationals and Blocked Persons List”, updated to October 18, 2012], from offices in Richardson, Texas. In 2007, US federal prosecutors charged the organization and its key leaders with funding Hamas and what it termed other “Islamic terrorist organizations”. Soon afterwards, the assets of the “charity” were frozen by the EU and the US, and it was forced to shut down. AFP’s November 2008 report of the criminal trial [AFP] said the group and its leaders were found to be “acting as a front for Palestinian militants” and called the trial “largest terrorism financing prosecution in American history”.

Far from being an innocent conduit for relieving the poverty of starving children in Gaza, U.S. District Judge Jorge Solis who presided over the criminal trial said it plainly: “The purpose of creating the Holy Land Foundation was as a fundraising arm for Hamas”. The men charged and convicted were no mere givers of charity but knowing organizers of a conduit whose end-point was deliberate and well-chosen. The indictment said HLF and its promotors took steps to hide its terrorist-financing purpose from law-enforcement agencies by making a few token donations to harmless, non-Palestinian Arab entities. The bulk of it went to terror. A quote from one of the convicted men, Shukri Abu Baker: “We can give $100,000 to the Islamists and $5,000 to the others.”

Parts of the media in the US and outside it continue to frame this shabby tale in ways that seem calculated to sow doubt about the motivations of the convicted men and to hint at hidden agendas. In a Salon article this past Thursday, the popular website’s “assistant news editor at Salon, covering non-electoral politics, general news and rabble-rousing” writes [“SCOTUS to consider fate of jailed Muslim charity leaders“] what was done to the group formerly known as Occupied Land Fund:

“The Bush administration shut it down following reports that the group had donated a portion of their foundation funds to schools and hospitals in Gaza through a “Zakat” (charity-giving) Committee that allegedly had connections to Hamas.”

Their case has made it all the way up the almost endless legal chain for which the US is rightly famous. Yet she and her editors see no problem in insinuating that this was about “alleged” connections to Hamas; that “portion” of the money was channeled to Hamas; that the US government acted on “reports“. This is shamefully inadequate reporting from a source that describes itself as a “pioneering, award-winning news site… with an audience of 10 million monthly unique visitors“.

We’re less offended by the coverage given to the decision by one of the Iranian government’s most prominent mouthpieces, PressTV. Its report [“US Supreme Court spurns justice“] describes the convicted men as

“Five extraordinary human beings… wrongfully convicted and sentenced to long prison terms. They’re doing hard time in America’s gulag. They learned the hard way about being Muslims in America at the wrong time.“

As Wikipedia describes, a large number of other parties – are they also “extraordinary”? – are caught up in the Hamas financing net, including prominent American Islamist groups:

In May 2007, the U.S. filed an action against the Holy Land Foundation (the largest Muslim charity in the United States at the time for providing funds to Hamas, and federal prosecutors filed pleadings. Along with 300 other organizations, they listed CAIR (and its chairman emeritus, Omar Ahmad), Islamic Society of North America (largest Muslim umbrella organization in the United States), Muslim American Society and North American Islamic Trust as unindicted co-conspirators, a legal designation that can be employed for a variety of reasons including grants of immunity, pragmatic considerations, and evidentiary concerns. While being listed as co-conspirator does not mean that CAIR has been charged with anything…

From here, the evidence appears to show the existence of an active and thriving Moslem Brotherhood hinterland in the United States delivering political and financial support to the terrorists. 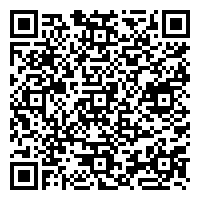