The Hashemite Kingdom of Jordan this morning released from prison a man called Ahmed Mousa Daqamseh.

Not such a well-known name in Western countries, he’s something of a folk hero among the Palestinian Arabs who constitute the clear majority of Jordan’s population.

This is because he recently won the Arab Idol television competition and his songs are heard everywhere.

No, we’re not being serious. He doesn’t write songs. He doesn’t perform on TV. His fame comes from the fact that he developed a wildly-successful best-selling app for the Android smart-phone platform.

No, no, that’s not true either. We don’t actually think the high school dropout has any facility with technology after years behind bars. No, he’s famous – truly – because he plays center-half in one of Europe’s most-high profile soccer teams and is one of the team’s stars.

No, not that either.

The real truth is Ahmed Daqamseh is a celebrity among Palestinian Arabs because on March 13, 1997 while serving in Jordan’s military as a 29-year-old lowly corporal and posted to a site known to Israelis as Naharayim – meaning two rivers since it’s the point of confluence of the Jordan and Yarmuk rivers (the Jordanians call it Baqura), and for reasons described here, as the Island of Peace (a Hollywood film publicist must have been involved in coming up with that wildly improbable name), he cold-bloodedly opened fire on a group of visiting Israelis.

The Israelis, all brawny men with long years of fighting experience behind them, were heavily armed and chanting slogans impugning the honor of the Jordanian kingdom.

No, sorry again. We’re making that up.

The people on whom he opened fire were schoolgirls – all of them eighth-graders. They had come that morning from the southern Israeli city of Beit Shemesh’s AMIT Fuerst School. They were bused to the Island of Peace for a school field trip, and not a single one of them was armed. Not even with girl-sized machine-guns. Not even with petite hand-grenades.

Here are the names and ages of those whom he shot to death:

Six other children were injured. Their lives are remembered by a beautiful memorial at the site of the shooting called, in heart-breaking fashion, the Hill of the Picked Flowers.

Daqamseh told the Jordanian court, a military tribunal of five army judges that tried him on criminal charges, that he had no option but to use his gun, a high-powered, US-made M16 automatic rifle, and fire at the enemy agents because

He would probably have killed even more children but for the fact that the rifle he grabbed from another soldier jammed. Despite the large scale of the tragic outcome, he was not sentenced to be executed – as the Jordanians have shown they have no problem doing – but instead was ordered to serve a long period of imprisonment.

A high school dropout from the village of Ibdir, the gunman was drafted 12 years ago, his family said. He had two sons and a daughter but no history of violence and was not affiliated with any political group, family members said. “We’re shocked by his action,” Mousa Daqamseh said as tears flowed down his cheeks. “My boy was unstable,” Daqamseh’s mother added. “He had a psychological problem and used to have anxieties.”
She refused to give other details except to say: “He used to sit alone and stare in the open and think. He used to get angry sometimes, but cool down after a long walk.” [“Israeli girls buried as thousands mourn“, Washington Post, March 15, 1997]

Another report at the time called him suicidal:

Whether sane or feigning mental illness, Daqamseh never expressed a shred of remorse for the massacre or the lives he stole. Interviewed by the Jordanian weekly a-Shahed in 20004, he said

“If I could return to that moment, I would behave exactly the same way. Every day that passes, I grow stronger in the belief that what I did was my duty.” [Jerusalem Post, March 12, 2017]

That murderous determination somehow did not make it into the news media at the time:

Fellow soldiers and a woman who claimed to be his mother said the gunman has mental problems. There was no other immediate explanation for his actions. [Reuters, March 14, 1997]

And as we noted, today (Sunday) he walked free at about 1:00 o’clock in the morning [source].

How is he being received?

If there’s any news coverage of the feelings and responses of the families of those sweet girls he murdered, we haven’t found it yet. The same goes for any Jordanian or other Arab voices expressing disgust at the after-the-fact bravado of a man with a big gun who took aim at unarmed girls and has come to fame only because of what happened to them when he pulled the trigger again and again and again. 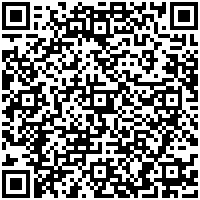