Death tolls don’t attract readers. Unless you have a strategic stake in an ongoing war, you will likely avert your eyes (especially if you’re mainly on the dying side, as opposed to the killing side) when the tally of dead in this conflict or that appears in the news.

Syria has been the site of an appalling state-sanctioned bloodbath for more than two years. When the UN stopped conducting its own death count there in January 2012, the senior UN human rights official Navi Pillay said the toll was more than 5,000. We went to the website of the London-based Syrian Network for Human Rights earlier today. There [this page] they offer these heart-stopping updated numbers:


Smaller, more human-scale numbers, are easier for some to visualize. So the same organization’s home page gives these numbers for the deaths of just the past few days: Thursday June 6: 84. Wednesday June 5: 69. Tuesday June 4: 91.

It’s horrifying. But now please note that the leaders of Hezbollah, the Shi’ite Islamist terrorists based in Lebanon, want those numbers to become bigger and better. A Lebanese news source says its leaders vowed today

to continue to help Syrian President Bashar Assad in his two-year-old civil war against rebels, while insisting the party be involved in national government decisions… “We will not change our position on protecting our people and the backbone of the resistance [Syria] regardless of intensified pressure locally, regionally and internationally,” Hezbollah’s Sheikh Nabil Qaouk said… “The more the threats and the more the pressures are exerted on us, the more the spirit of the resistance and enthusiasm has flared…”

The bogus claim to be at the heart of something called ‘resistance’ has served Hezbollah well. It gets very substantial military training, weapons, explosives and money, as well as political, diplomatic and organizational aid, from Iran (Wikipedia). In fact, for all practical purposes it serves as an arm of the Iranian leadership. It gets additional cash, and support, from Shi’ites living in West Africa, the United States and the tri-border South American area where Paraguay, Argentina and Brazil meet.

Hezbollah has not always been as open about the murderous role it is playing in the Syrian killing fields. Its chief, Hassan Nasrallah, admitted to that role in a May 25, 2013 address that MEMRI also translated to English. Hezbollah “cannot stand idly by” he said, while the Syrian regime is embroiled in civil war. It was an admission that caused outrage in the non-Shi’ite parts of the Arab world, particularly in the Arab/Persian Gulf (we don’t take sides in that naming battle), with the Gulf Cooperation Council (GCC), convening in Saudi Arabia last Sunday, deciding (see Al-Watan newspaper) “to examine taking measures against Hizbullah’s interests”. As with most of Nasrallah’s pronouncements, it was deliberate and calculated.

Hezbollah has become a so-called ‘state within a state’ in its native Lebanon, but has grown lethally active in other places too, particularly in Europe. Reuters pointed out a few days ago that while there are increasingly focused efforts to outlaw Hezbollah in Europe, this

would mark a major policy shift for the European Union, which has resisted pressure from Israel and Washington to do so for years. [Reuters]

One of the factors behind the push to blacklist the Shi’ites is a terror attack carried out this past summer in a Black Sea vacation resort called Burgas. A Bulgarian bus driver was killed, along with 5 Israeli tourists. 32 more were injured. A bomb exploded on their bus at Burgas airport, minutes after they flew in on an Israeli charter flight. Two Hezbollah “activists” were fingered along with an unfortunate third man who died while putting the bomb inside the bus. The intelligence forces of Bulgaria, Israeli and the US, as well as Europol, have said Hezbollah carried out the cold-blooded atrocity. They also believe Hezbollah’s Iran-driven terrorism is on the move, spreading out to other parts of the world. 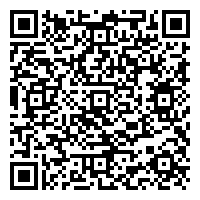