Israel has been rocked by two horrific family tragedies in one week in Jerusalem.

First, a gas leak in a building, which exploded, wiping out a family of three, Avraham Toffman, 56, his wife Galit, 42, and their two-year-old son Yosef,  in Gilo, Jerusalem.


Then, a pesticide used by an exterminator to kill termites in a home, poisoned two girls to death – two-year-old Yael Gross and her four-year-old sister Avigail. The first incident also injured 11 other people and destroyed the apartment building; the second has left two other siblings, the six and eight-year-old brothers Michael and Yitzhak Gross, in critical condition.

In both cases, professionals had been alerted prior to the tragedies.

The smell of gas had led the Toffman’s to call the Supergas supplier company, who sent out a technician on Sunday night. The technician reportedly went through his prescribed procedure, including switching off the main valve of the apartment, pending a return to the building the next morning. At 1pm a huge blast ripped through the building with the fatal results.

In the case of the Gross family, they apparently went to the emergency medical center, Terem, in Jerusalem. However, the doctors there did not suspect that the symptoms they saw had been caused by the fumigation.

The exterminator used phosphine, and apparently poisoning is highly unusual, and so very unlikely to be correctly diagnosed by medics. In a worse case scenario, there is no antidote to the poison, beside fresh air and time.

Both the gas technician and the pest exterminator were arrested, and may face charges of criminal negligence.

Both tragic incidents are a reminder of how much we all depend upon professionals, literally for our very lives.

Sometimes things go tragically wrong, as happened this past week.

Most of the time, we simply take these people for granted, who shoulder huge responsibilities, usually for low pay, and very little recognition – at least, as long as they do their jobs right. 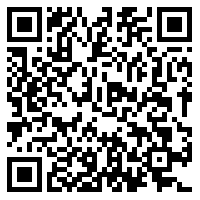