Doctors in Sweden and Norway are on their anti-circumcision binge again, but this time they only want to ban the Jewish rite until the age of 12, when they figure a boy is old enough to be able to give his consent.

Wouldn’t cicumcision be a nice gift for a good Jewish boy a year or less before his Bar Mitzvah?

Large medical associations in Sweden and Denmark have recommended a policy that would  ban non-medical circumcision of boys before the age of 12.

In Sweden, the recommendation came in a resolution that was unanimously adopted last week by the ethics council of the Sweden Medical Association – a union whose members constitute 85 percent of the country’s physicians.

It recommended setting 12 as the minimum age for the procedure and the boy’s consent, which comes about 11 years, 11 months and three weeks after the usual date for Jewish ritual circumcision, or brit milah, which has been performed for more than 3,000 years before modern doctors have discovered it is detrimental.

In Denmark, the Danish College of General Practitioners – a group with 3,000 members – said in statement that non-medical circumcision of boys amounted to abuse and mutilation, the Danish BT tabloid reported Sunday.

“We are not religious experts, but for medical reasons, we cannot approve a procedure that removes tissue from the genitals in which the risk is so great for serious complications,” the Swedish association’s ethics officer, Thomas Flodin, said.

Jews have been practicing circumcision since the time of the forefather Abraham 3,500 years ago. Jews have survived Pharaoh, pogroms, the Crusades, the Holocaust, persecution and even the United Nations.

Jews even have survived circumcision, and now the good doctors apparently figure that Jews would even be better off without circumcision, although the United States still will remain.

Funny how God never thought about that, but then again, at least Dr. Flodin admitted, “We are not religious experts.”

In Sweden, non-medical and medical circumcision may be performed only by licensed professionals, as per legislation from 2001. Under the legislation, Jewish ritual circumcisers, or mohelim, in Sweden receive their licenses from the country’s health board, but a nurse or doctor must still be present when they perform the procedure.

Sweden’s minister for integration, Erik Ullenhag, said existing rules that allow for ritual circumcision would not be changed.

“I have never met any adult man who experienced circumcision as an assault. The procedure is not very intensive and parents have the right to raise their children according to their faith and tradition,” Ullenhag said. “If we prohibit it, we must also address the issue of the Christian ritual of baptism.”

Christians have survived baptism for a couple of thousands of years, not counting those who accidentally drowned.

There must be a good psychologist out there who could categorically state that baptism is a traumatic experience that causes long-term suffering.

But that won’t work because the psychologist probably would be Jewish and accused of being anti-Christian. 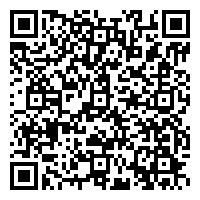