There were further police investigations involving Ariel Sharon and his two sons Omri and Gilad, and reportedly involved a $3 million bribe. According to Haaretz, “The $3 million that parachuted into Gilad and Omri Sharon’s bank account toward the end of 2002 was transferred there in the context of a consultancy contract for development of kolkhozes (collective farms) in Russia. Gilad Sharon was brought into the campaign to make the wilderness bloom in Russia by Getex, a large Russian-based exporter of seeds (peas, millet, wheat) from Eastern Europe. Getex also has ties with Israeli firms involved in exporting wheat from Ukraine, for example. The company owns farms in Eastern Europe and is considered large and prominent in its field. It has its Vienna offices in the same building as Jurimex, which was behind the $1-million guarantee to the Yisrael Beiteinu party.”

On 17 December, police announced that they had found evidence of a $3 million bribe paid to Sharon’s sons.

The prosecution office finally closed the file against Sharon and his two sons only in 2012 – due to Ariel Sharon’s coma and therefore his being unfit to face trial.

So, looking backwards, yet through a crystal ball, I speculate that if Ariel Sharon had not had his stroke on 4th January 2006 he would have:

1. Won the national elections in 2006 as head of Kadima

2. Had a large Kadima faction (35 MKs) and strong coalition

3. Re-drawn the Israeli/Palestinian border approximately along the route of the Security Fence

5. Done this either through negotiation with the Palestinians, or unilaterally (as with Gush Katif)

6. Meantime, Sharon and his two sons would have faced corruption charges and scandal (as Olmert did), for his alleged part in the Kern Affair – and may, like Omri (and Katzav!), have ended up disgraced and imprisoned.

In short – if Arik Sharon had not been tragically cut-short with the massive stroke on 4th January 2006, he would have continued to do what he always did. 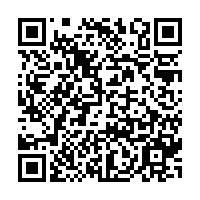