I just received this press release from my Secretary of State, John Kerry, and so I had to put everything else down and respond, because if this doesn’t serve as a giant warning sign about what’s yet to hit Israel from the team over at Foggy Bottom, maybe nothing will.

The United States is deeply concerned by Nigeria’s enactment of the Same Sex Marriage Prohibition Act.

Beyond even prohibiting same sex marriage, this law dangerously restricts freedom of assembly, association, and expression for all Nigerians.

Moreover, it is inconsistent with Nigeria’s international legal obligations and undermines the democratic reforms and human rights protections enshrined in its 1999 Constitution.

People everywhere deserve to live in freedom and equality. No one should face violence or discrimination for who they are or who they love.

We join with those in Nigeria who appeal for the protection of their fellow citizens’ fundamental freedoms and universal human rights.

Where do I even begin? This is so rich, it would make George Orwell go jumping up and down like a kid all hopped up on candy.

First of all, my Secretary of State is actually suggesting that same sex marriage is a human right. It’s not, but if it were, then where’s the U.S. federal same sex marriage law? Why should Americans living in, say, Little Rock, Arkansas, not have the right to marry whomever they wish, of whichever sex? I suggest the president follow in the footsteps of President Eisenhower and order the 101st Airborne Division of the United States Army to Little Rock, and make the governor down there start playing the wedding march for all the nice same-sex folks who demand it.

But besides the fact that the majority of American states are violators of the same supposed “human right” as Nigeria, how is that country’s new law violating its pledge to a democratic system of government?

Seems to me those people over in Nigeria elected their representatives and sent them to parliament to write laws, and so they did just that, and voted, and decided to forbid everybody in the land to marry people of their own sex.

I don’t even care if they decided to execute anyone caught being same-sex wedded—although I really wish they won’t—but how is that not democratic?

Is it a democracy only if it passes laws we approve of?

I fully understand that democracies must protect the rights of minorities. It goes without saying. But that does not mean that minorities get to overrule the will of the majority.

There’s no doubt in my mind, by the way, that being gay in Nigeria can’t be easy or safe. So I would have embraced a call from my government against the repression of gays in Nigeria. But protesting that they now won’t be able to marry each other, and calling the majority vote that made this into law undemocratic is a revolting, colonialist reaction from Kerry (remember how we used to call him the Boston Brahmin—what’s happened to that?)

I never before waited with such excited anticipation for the next Congressional elections, so I could tell all my friends to vote Republican for the Senate. I don’t see any other way to stop this arrogant, ignorant Brahmin, but by making sure both houses of Congress are cooperating to block his steps at every possible turn.

We should really start calling him the BB words again. 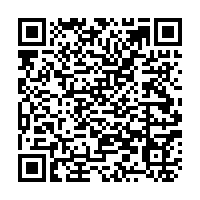