As if there was not enough drama in the re-called contentious Beit Shemesh municipal elections!

During a campaign rally last night for the Zionist Camp mayoral candidate Eli Cohen, photographer Michael Krispal took a step too far backwards, and fell off the stage.


Israel’s Deputy Defense Minister, MK Danny Danon instantly responded by grabbing the photographer’s flaying leg, returning him to the stage and so saving Krispal from a very hard landing.

Celebrating the recent court decision to re-run the elections in Beit Shemesh, under the title “We Believed, We Struggled, We Succeeded!”, the rally was attended by hundreds of people, including MK’s and other dignitaries.

Aside from Danon, Minister of Economy & Trade and leader of the Jewish Home faction Naftalli Bennett and Minister of Housing Uri Ariel also spoke in support of Eli Cohen at the gathering.

During the past municipal elections in October, Shas lost a sitting mayor in Elad, leaving just Beit Shemesh as a remaining Shas stronghold.

With the court decision to re-run the Beit Shemesh elections on 11th March, due to “widespread organized election fraud”, Shas is under pressure to retain the city.

So, with Beit Shemesh the only city (along with Nazareth) to be holding recalled elections, national politicians are making themselves available to weigh in on the local campaigns.

To “save the city” and to save the occasional falling cameraman! 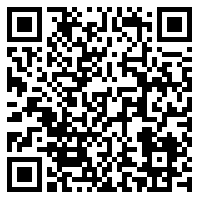