“Afterwards Judah went forth with his brethren and attacked the Children of Esau… and (recaptured) Hebron (1 Maccabees 5:65)”

In 70 CE (circa) the Romans destroyed the Temple, and things were not looking good for the Jewish people!  Although the Jewish people had miraculously survived enslavement in Egypt and conquest by the Assyrians, Babylonians, Edomites (Descendants of Esau), and Hellenic Greeks, contemporary observers assumed that this time, the Jews would not survive as a distinct nation and would assimilate into the larger Roman population.  However, once again G-d had other plans!

In the same year that the Temple was destroyed, Hebron was also ruined (although the Cave of the Patriarchs built by King Herod was left intact).

Shortly after Hebron was destroyed, the Jews returned and rebuilt this holy city!  The Romans were shocked that even without the precious Temple in Jerusalem, the Jewish religion continued to flourish.  In ancient times the Romans destroyed the temples of the conquered people, and the losers of the war then converted to Roman paganism.  This was because the Roman gods had been victorious over their gods.  Yet, here were a people that continued to observe the commandments.  If their goal to convert the Jews was to be realized, a new strategy was needed.

In 117 CE, two important events were to take place.  The Roman empire reached its zenith, and Emperor Hadrian came to power.  Many years later, Hadrian traveled to almost every province in his large territory, becoming the first Roman emperor to leave Italy during his reign.  He came to Jerusalem and saw a city in ruins (unlike Hebron, Jerusalem was not rebuilt).  He ordered it to be rebuilt as a pagan city, with a temple to Jupiter at the exact location where the original Temple had stood.  Under penalty of death, he also forbade Jews from observing fundamental commandments like circumcision and teaching Torah in public.

For the Jewish people, this was to be the last straw!   Although the Romans were extremely powerful, ruthless in battle, firmly in control of Israel and possessing the greatest army the world had ever seen, a rebellion was planned to expel the Romans from the Holy Land in 132 BCE.  Led by a charismatic leader known as Bar Kochba, the Jewish people were (almost) universally united under his leadership.  They began digging a complex tunnel system underground for Guerilla warfare, including under the majority of the Hebron Hills.  However, by natural means, this would not be enough to defeat such a formidable army.  They prayed that G-d would perform miracles on their behalf, and that is exactly what He did!

The two Roman Legions stationed in Israel were almost completely wiped out, after which Bar Kochba declared independence.  The Romans then called on more troops from Egypt, Syria, and Arabia, and they too were massacred.  Hadrian, desperate to put down this rebellion, called his greatest general, stationed in faraway England.  General Julius Severus took many legions from Europe with him, altogether an unprecedented 30-40% of the Roman’s entire army came to Israel (never before had that been required).  For the first time in Roman history, when the Emperor wrote to the senate, he left out the customary greeting “I and the army fare well”.

In the beginning, Severus suffered big losses.  These miraculous victories caused Bar Kochba to feel that his skills, as opposed to G-d’s help, were the reason for his army’s success.  According to Jewish sources, Bar Kochba even said that G-d should not get involved to help or hurt him.  This attitude changed the tide of war, and the Jewish people began to suffer defeat after defeat, until the summer of 135 CE when the city of Betar fell to the Romans.  The Romans massacred hundreds of thousands of Jews in order to show the rest of the empire the consequences of rebelling.  In addition, hundreds of thousands of Jews were sold at the marketplace in Elonei Mamre (Northern Hebron).  So many slaves were sold, that just a small measure of barley could purchase four slaves.

As further punishment, meant to sever the Jewish connection to the land, the province of Judea was renamed Palestine (the name is Latin, not Arabic, and was given 500 years before the advent of Islam).  Also, Jews were forbidden from living in any area where Jerusalem could be even seen in the distance.  Most Jews moved to the Galilee, and it looked like the more than 2000-year-old relationship between the Jews and Hebron was over; or was it?

Did you know that you can now actually tour Hebron from the comfort of your own home as if you were actually there? Check out my new, Hebron tour video, where we will explore this incredible city’s many historic alleyways and Biblical sites on a guided tour.  Check out the free sneak preview tour video from a Biblical worldview perspective: Trailer

Relive Hebron with Nosson Shulman on your very own private luxury Israel tour. To experience Israel from the comfort of your own home see our new Virtual Tours including our new released Hebron Tour. 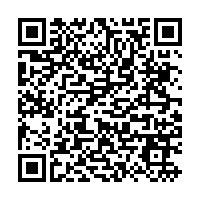