“It happened the next day, when the Philistines came to plunder….they found Saul and his three sons, fallen on Mt Gilboa. They severed his head….and they hung his remains upon the wall of Beth-Shan (Beit Shean). The (Jewish) inhabitants of Jabesh-Gilead heard…what the Philistines had done to Saul and all the daring men arose and went through the night, and took the remains of Saul and…of his sons from the wall of Beit Shean…and buried them (1 Samuel 31: 8-13).”

Beit Shean, one of the best-preserved Roman cities in the world, is fairly well visited by tourists who come here to see its impressive ruins.  However, visitors often skip the older Biblical Beit Shean, located on top of the hill.  That means one thing: they are missing the best part!


Today we will bypass the relatively new, 1600-year-old Roman ruins and climb up 180 steep steps to visit the older part of the city.  Here we see incredible ruins, some of which are more than 3000 years old!

Starting as a local Canaanite city state, the town will be conquered by Pharaoh Thutmose 3rd during his legendary conquest of Israel circa 1550 BCE (approximately the time when the Biblical Hebrews started to become enslaved in Egypt).  He will make Beit Shean the capital of Northern Israel and bring an Egyptian Governor to administer this part of the Pharaoh’s Kingdom.

Why, of all places, was this city chosen to be the regional capital?  This was because the most important international routes of the ancient world went through here.  To get from Egypt to Mesopotamia (the two largest superpowers of the time), the main road crossed through Beit Shean.  If one wanted to get from the Mediterranean Sea to the Gilead Mountains in present day Jordan, the easiest route went through Beit Shean.  In the ancient world, controlling the routes meant controlling the land.  In fact, the city became extremely wealthy from collecting poll taxes from travelers.

After climbing to the top of the hill, we are immediately treated to a beautiful panoramic view which includes Biblical Mountains of Israel and present-day Jordan (the border between these countries is only about 3 km east from us).

During the Exodus from Egypt (circa 1150 BCE) Pharaoh’s army drowned, causing them to lose Israel overnight.  The vacuum allowed the various Canaanite city states to regain their independence temporarily.  After 40 years in the desert, the Children of Israel (led by Joshua) entered the promised land, and on G-d’s command they fought the city states.  This land was given to the tribe of Manasseh, but they were unable at that time to drive out the inhabitants of this city (Joshua 17:11-12).

At the same time as the Israelites conquered their homeland from the east, the Philistines entered from the Mediterranean Sea in the west (Click here to see Tel Azekah article which discusses in greater detail of how these two nations entered the vacuum created by Egypt’s retreat).

In King Saul’s time, the Philistines attacked his army at nearby Mount Gilboa, killing Saul and three of his sons including Jonathan (King David’s best friend) and hung his remains on the walls of Beit Shean.  In a daring operation, King Saul’s remains were rescued and re-buried according to Jewish custom (1 Samuel 31).  When King David became King, immediately upon the death of Saul, he finally conquered Beit Shean, and his son Solomon built up the city as a major administrative center (1 Kings 4:12).

Circa 732 BCE, Assyria will conquer Beit Shean and destroy it.

In the Hellenistic (Greek) times and Roman times, the bulk of the city was rebuilt on the bottom of the hill, becoming an important city in the Roman Empire.  The top of the Tel itself lost its importance.

The Roman City was destroyed by a devasting Earthquake in 749 CE, and until modern times, not much was here.

In the early 1900’s, the Ottoman Turkish Empire who controlled most of the Middle East, including Israel, built a railway going from Constantinople (today’s Istanbul) to Mecca in Saudi Arabia (which went through Damascus).  From Syria, a new connecting route was built on the line which went to Haifa on the Mediterranean Sea.  One of the stops was Beit Shean, and a newer city developed around the train station.

Upon the establishment of the State of Israel, the route connecting Syria to Israel was discontinued.  The train continued to operate within Israel until the 1950’s, until the high costs and low usage didn’t justify continuing the route.  As a result, Beit Shean was relatively isolated from the main economic centers of the country, and while the housing was cheap, unemployment was high.

In 2017, the old route from Beit Shean to Haifa was re-established as a high speed route.  Now people living in this economically depressed city could easily commute to the major centers, making this city (with low costs of living, great climate all year round and low crime rate) desirable once again.   Currently, the city is undergoing a major construction boom.

This has been a mere sampling of what this amazing site has to offer!  On your next trip to Israel, let us explore here together! For a sample itinerary which includes Beit Shean and it’s surrounding area, click here.

(Note: All images used in this article were either purchased by the author for commercial usage or free images) 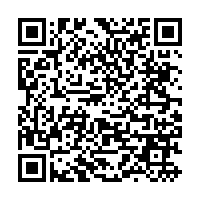