“And it was as they (the Canaanites) fled from before Israel, and were in the descent of Beth-horon, that the Lord cast down great stones from heaven upon them to Azekah, and they died. There were more who died with the hailstones than whom the children of Israel slew with the sword (Joshua 10:11)”

“Seron, commander of the (Greek) army, heard that Judah had mustered an assembly of faithful men ready for war…(They) reached the ascent of Beth-horon. Judah went out to meet him with a few men. But when they saw the army coming against them, they said to Judah “How can we, few as we are, fight such a strong host as this? Judah said… “Victory in war does not depend upon the size of the army, but on strength that comes from Heaven” … When he finished speaking, he rushed suddenly upon Seron and his army, who were crushed before him. He pursued Seron down the descent of Beth-horon into the plain. About eight hundred of their men fell, and the rest fled to the land of the Philistines (1 Maccabees 3:13-24).”

Today we are visiting an unassuming, Biblical treasure that few tourists (and not even every tour guide) know about! It is not a tourist site per say (although I do bring groups here and my tourists love it) but the views are spectacular and some of the most dramatic (and consequential) events in Jewish history happened here. Once we enter the town, we will immediately drive to the quiet, breathtaking “Beth-horon ascent” lookout point.

In biblical times, there were twin towns (Upper and Lower Beth-Horon) located on the main Jerusalem-Coastal Road (roughly today’s Highway 443).

The towns derived their name from an Egyptian-Canaanite deity.  Indeed, pottery from the late Canaanite period (when the Egyptians were the overlords of the land) has been excavated here, suggesting that it may have been a place of idol worship. The villages marked the border between the territory of the Tribes of Benjamin and Ephraim (See Joshua 16: 3-5). Although located on the Ephraim side of the border, Beth-horon (and the surrounding land) was one of the 48 cities given to the Levites (see Joshua 21:22).

The original builder of both the upper and lower biblical towns of Beth-horon was Sheerah, Ephraim’s daughter (see 1 Chronicles 7:24). King Solomon turned them into greatly fortified cities. (see 2 Chronicles: 8:5).

Why was it so crucial to fortify? This was because they were not only situated on arguably the most important route in the country, but they were also sitting strategically on the most vulnerable (and extremely steep) part of the road, known in the Bible as the “Ascent of Beth-horon.” According to Jewish sources, this piece of the road that connected the Upper and Lower towns (which were about two miles apart) was so narrow that if two camels tried to pass together, side by side at the same time, they would both fall into the deep canyons which flanked its right and left below.

It was along this route where one of the most dramatic biblical events took place. After Joshua and his army defeated the city states of Jericho and Ai, the powerful city of Gibeon made an alliance with the Israelites (see previous article on Hazor where I discuss the structure of Canaanite city states, Tel Hatzor).  Five Canaanite kings attacked Gibeon, sen ding a message that making peace with the Children of Israel was not in their interest.  When they attacked, Joshua felt bound by his oath and came to their rescue.  As the armies of the five kings saw him coming, G-d put panic into their hearts and they were smitten, with the survivors fleeing by way of the “Ascent of Beth-horon”. As they started to descend from Beth-Horon, G-d sent a hailstorm that finished off most of the remaining troops (Joshua 10). According to Jewish sources, these very hailstones were left over from the plague of hail in Egypt.  When Moses asked G-d to stop the plague (see Exodus 9:33) the remaining hail was saved.

The second happen a couple of centuries later. Starting in 63 BCE, the Romans seized control over the land of Israel from the Maccabees. For the next (more than a) century, the Romans ruled with an iron fist, often oppressing their Jewish subjects. When the Jews could no longer bear the cruelty shown by the Romans, they rebelled by attacking Roman soldiers in Jerusalem, causing them to flee the city (circa 66 CE). Gaius Cestius Gallus, the Roman Governor of Syria (which include Judea), brought the powerful 12th legion to retake Jerusalem, but they failed and had to retreat. On their way back to the coast, as they were approaching the narrow ascent, they were attacked by a barrage of rock-missile fire and arrows. Once the soldiers were on the pass (where it’s narrow confines forced them to march one by one), they were ambushed by a heavy force. With no where to turn, they were easily slaughtered (almost 6000 of them) with only a few (including Gallus) able to escape and fled to Antioch (in modern day Turkey which was then controlled by Rome). In his escape, he had to leave most of his weapons and equipment, which fell into the hands of the Jewish rebels. They also stripped the dead soldiers of their armor and helmets. With this stunning victory, many Jews (who at first were hesitant to fight the mighty Roman empire), now volunteered for combat and once again, Judea (i.e Israel) became an Independent Jewish State. It wouldn’t last long as the next year, the Romans sent an invading force to re-conquer the land and after 4 years, Jerusalem was taken and the Second Temple was destroyed.

After the revolt, the Romans built fortifications to protect the ascent and by the late Byzantine period (and all the way until modern times), Upper and Lower Beth Horon (today the Arab villages of Beit Ur Al-Tahta and Beit Ur Al-Fauqa) became insignificant, small villages.

In 1948, Jordan took possession of this land and built an army base (whose remnants can still be seen today from the Beit Horon lookout). In 1967, Israel liberated Judah and Samaria and in 1977 they started the modern-day Jewish town of Beit Horon which is growing and flourishing.

On your next tour of Israel, I highly recommend visiting this site, which can be done as a quick stop (and can be conveniently combined with other sites in the area). If you’re looking for a beautiful, off the eaten track site where intriguing biblical stories and formative Jewish history took place, this is the site! 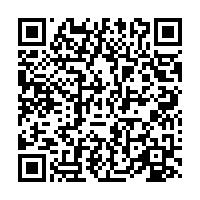