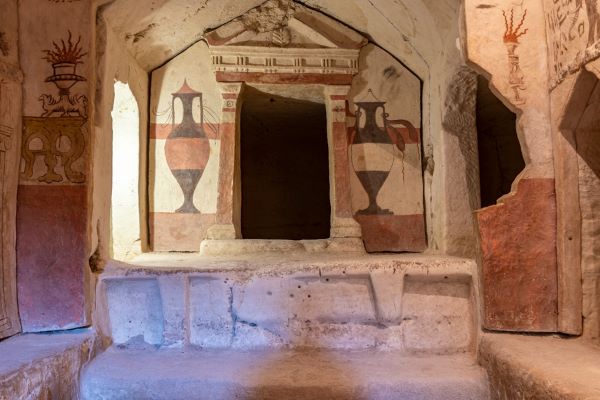 “And the lot for the tribe of the children of Judah according to their families….(The cities of) Keilah, and Achzib, and Maresha; nine cities with their villages (Joshua 15: 1-44)”

“And Zerah the Ethiopian came out against them with an army of a thousand thousand, and three hundred chariots, and he came as far as Maresha. And Asa came out before him, and they set the battle in array in the valley of Zephath at Maresha (2 Chronicles 14: 8-9)”

Today we are visiting a one-of-a kind World Heritage site, biblical Maresha and ancient Beit Guvrin! This site, with stunning natural beauty, is not only steeped in thousands of years of history, but the unique (and unusual) archeology is well preserved at a level seldom found anywhere else. Additionally, the site offers a “Dig for a Day” program, where families (including young children) get to excavate houses that are millennia old (when my tourists find an object, I mention to them that they are the first people to be holding it in over 2000 years).  There is so much to do, that one can easily spend an entire day here!

The story of Maresha began during Israelite rule, when the land was given to the tribe of Judah (see Joshua 15:44). Around 2800 years ago (right after the split of the United Kingdom of Israel) King Rehoboam (Solomon’s son) fortified 15 cities including Maresha (see 2 Chronicles 11:8). It was in this city that King Asa destroyed the powerful (and extremely well-armed) army of Zerah, commander of the Ethiopian forces (see 2 Chronicles 14).

In Hellenistic times (circa 3rd-2nd BCE) the city expanded well beyond the hill, becoming a major metropolis (the first residents of these new neighborhoods were retired soldiers from Alexander the Great’s army).

In addition to being centrally located, sitting on the crossroads of major ancient international highways, the natural soil and bedrock (chalk) of the area made this an ideal place to settle, both because it was conducive to large scale agriculture and the fact that the rocks created a superior building material! Once their homes were built, an interesting phenomenon (with major implications) occurred due to its unique geology. While chalk is a soft and easy material to quarry, diggers have to go down a minimum of 1.5-3 meters below the surface to get to it.  This is because on top of this soft stone sits a hardened chalk called Nari, formed when the chalk on the surface gets rained upon (over the centuries).  Later the sun dries it up, making it even harder. This tough stone makes such a great and strong roof, that when the soft stone below is quarried, a sturdy cave “basement” now exists, and they were converted into workshops, industrial centers, water cisterns and more.

One of the most popular industrial usages of these hewn caves were dove coves.  This contributed tremendously to the economy, as doves were in high demand for consumption (rich in protein), the fertilizer they produced, and for sacrifices in the Holy Temple in nearby Jerusalem. Gamblers also raced them, the equivalent of modern-day horse and greyhound tracks (Jewish sources discussed that anyone racing doves disqualified them from being witnesses in court). Several of these caves were turned into Olive Oil presses (at least 28 have been found so far). Due to the large-scale oil production and since Maresha was centrally located on major highways, the oil was exported internationally, making this city one of the world’s major players in the olive oil industry.

So far hundreds of these underground complexes have been discovered, although it is believed that this amounts to only 10% of the caves that existed here (and are still waiting to be discovered). As a side point, centuries later (circa 132-135 BCE) these caves were used by Jewish rebels, led by Bar Kochva, who connected them via subterranean crawling tunnels in a complex maze system (the Romans had no idea that the enemies they were fighting were located just beneath their feet). Using these tunnels enabled them to expel the mighty Roman Empire (albeit for a short time) from Israel by attacking them from below. Tourists today can crawl in nearby Bar Kochva tunnels (for more on the Bar Kochva tunnels, click here. To see a sample tour itinerary which includes these fabulous caves, click here).

A most unique finding here, the Sidon Burial cave, was discovered in 1902 by archeologists. In Hellenistic times Marasha was a cosmopolitan city, and there was a decent size Phoenician community originating from Sidon (modern day Lebanon). One of their elaborate burial tombs was found with Greek inscriptions and elaborate artworks drawn onto the wall. One of the inscriptions said, “Apollophanes, son of Sesmaios, chief of the Sidonians at Maresha”, confirming the archeologist’s thesis that this site was indeed ancient Maresha!

The largest inscription discovered in ancient Israel was found here and is connected directly to the book of Maccabees and the story of Chanukah.  In 178 BCE, King Seleucus of the Seleucid Dynasty (the Hellenist empire which controlled Israel at the time) was told of the large sums of money located in the holy Temple’s treasury.  Part of it was a trust fund for the sustenance of widows and orphans and he wanted to seize it for himself, so he sent his royal representative (Heliodorus) to confiscate it. When the pious High priest told him that much of the money was for the poor, he was told that it didn’t matter since the King had made his decision. The people of Jerusalem cried out to G-d to protect the treasury, and He (G-d) sent a mighty warhorse to attack Heliodorus. Afterwards, two unusually strong warriors showed up and attacked him, injuring him severely. It became abundantly clear to Heliodorus that this was G-d’s divine intervention. The barely conscious Royal Representative begged the High Priest to intercede with G-d on his behalf, which he did through prayer and offering a sacrifice for his recovery, which G-d granted. Heliodorus then left emptyhanded, telling the King not to bother with raiding this Temple because G-d was protecting them (see 2 Maccabees 3). In 2005, archeological thieves at Maresha discovered a stone inscription, which on its own didn’t reveal much, and it was sold to a major philanthropist who gave it to the Israel Museum. A couple of years later, families participating in the “Dig for a Day” program found the missing fragments, which when put together contained instructions (in Greek) from King Seleucus to Heliodorus giving orders to raid the treasuries of the temples found within his empire (which would also include the Holy Temple in Jerusalem).

In 112 BCE, the Maccabean King Yochanan Hyrcanus destroyed Maresha and it was never rebuilt (for more on this event and the phenomenal recent discovery of a nearby fortress which protected the city, click here).

After the destruction of the city, a new Jewish town was built on the other side of the highway (today’s highway 38) called Beit Guvrin. The Jewish inhabitants of the town rebelled against the Romans during the Great Jewish revolt, culminating with the destruction of the Second Temple in 70 CE.  In 68 CE, many of the inhabitants were slaughtered by (future Emperor) Vespasian’s force, although it remained a Jewish town until after the Bar Kochva revolt (circa 132-135 CE) when the Jewish inhabitants were expelled from most of Judea and forbidden to live in the region for centuries.

In 200 CE, Roman Emperor Septimius Severus rebuilt the city, and it became one of the most important Roman cities in Israel. One of the impressive features which can still be seen is the well-preserved amphitheater where Gladiator fights took place (one of four which have been excavated in Israel). With the conversion of most of the Roman Empire to Christianity, amphitheaters became less popular, and the Byzantines converted it into a marketplace.

In the late Byzantine period and early Islamic period (circa 5th-6th Century CE) Beit Guvrin declined in importance, although mass quarrying for building projects around the country intensified here (due to its bedrock making a superior building material). The large-scale quarrying created massive caves (the Bell Caves) which tourists can visit today.

During Crusader rule (circa 12th to mid-13 century), the town became fortified and building projects like Churches were renewed.

When the Muslims re-conquered Israel during the mid to late 13th century, Beit Guvrin once again became an insignificant town called Bayt Jibrin. In the 1948 War of Independence, the town was conquered by Egypt who used it as base to attack Israeli forces. In mid-October, after heavy fighting (causing its residents to flee) Israeli forces successfully captured the town.  In 1949, Kibbutz Beit Guvrin was established.

In 2014, Beit Guvrin was recognized by UNESCO as a world heritage site. On your next trip to Israel, I highly recommend including this very special site onto your itinerary! 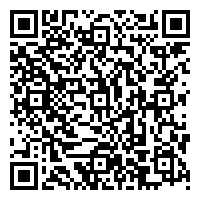