“Be exceedingly happy, O daughter of Zion; Shout, O daughter of Jerusalem. Behold! Your king (Messiah) shall come to you. He is just and victorious; humble, and riding a donkey and a foal, the offspring of [one of] she-donkeys (Zechariah 9:9)”

“And you shall give it to Eleazar the kohen, and he shall take it outside the camp (via the Eastern Gate) and slaughter it in his presence (Number 19:3)”


“The he-goat shall thus carry upon itself all their sins to a precipitous land, and he shall send off the he- goat (via the Eastern Gate) into the desert (Leviticus 16:22)”

The Gate of Mercy, sealed since 1541. According to Jewish tradition, this is the gate that Mashiach (Messiah) will come through!
Photo Credit: Nikodem Nijaki – Creative Commons Attribution-Share Alike 3.0 Unporte

Today we are exploring one of the most significant (though unfrequently visited) sites in the country, the Gate of Mercy, which is now sealed but leads to the top of the Temple Mount. What makes this site so important is not just because of its history, but also its future! That is because (according to Jewish tradition) this is where Mashiach (Messiah) will enter to redeem Israel.

The Gate is found on the eastern wall of Jerusalem’s Old City, which is by the far the oldest wall. Whereas most of the current walls surrounding the Old City are from the Ottomans in the 16th century, the visible bottom parts of the wall are from the Hasmonean period (circa 100 BCE), and the top parts are from the times of Herod (circa 20 BCE).

In the days of King Solomon (who built the First Temple), an eastern gate existed which led to the Temple Mount. It is believed to be close to the current gate, although it was destroyed by the Babylonians in 422 BCE (some historians say 586 BCE) along with the holy Temple. In 371 BCE, the Jews once again returned to Israel and rebuilt the Temple.

In 355 BCE after a wave of Jewish immigration back to Israel, Nehemiah rebuilt the city walls of Jerusalem. This included the construction of the Shushan (Eastern) Gate, named after the capital city of Persia, the empire that ruled Israel at that time. The Eastern gate even had a design of Shushan on it. According to Jewish sources, this was ordered by Persia so that the people would remember that they were living under Persian rule, and not to rebel. The gate led directly to the Temple Mount, and through it the High Priest lead the red heifer, an extremely rare cow, to the Mount of Olives. Due to the Torah specifications of what constitutes a red cow, only 9 have ever existed and in the days of Messiah, a 10th is to be found. The red heifer was slaughtered, with his remains being burned. The ashes of the animal would then be mixed with a special water, and then sprinkled on someone who had been impure (for example being near a corpse) in order to purify him. This was an extremely important procedure, otherwise, anyone who had ever been to a cemetery (or been in place where someone died while he was there) could not enter the Temple until they were purified (see Numbers 19 for more on the Red Heifer).

It was also through this gate on Yom Kippur (the holiest day of the year except for Shabbat) where the High Priest sent off the he-goat who had the lot on him which read “To Azazel”. The goat would be brought to Azazel, a mountain in the Judean Desert, and killed. This was a very important commandment and an essential aspect in the atonement service of Yom Kippur (see Leviticus 16).

The Temple was destroyed by the Romans in 70 CE. In the 7th century (some say the end of the Byzantine Empire, while others say the early Islamic period) a new gate (Mercy Gate) was built on top of the ruins of the Shushan Gate

According to Jewish tradition, Mashiach will enter the city via the Mercy Gate and rebuild the Temple. In 1541 the Ottoman Turks who had just finished building the (current) City Walls of Jerusalem, sealed the gate in order to prevent the Messiah from entering and redeeming Israel. (The fact that they invested so many resources for this, clearly indicates that they also believed in the coming of Messiah). A Muslim cemetery was also placed there to prevent Elijah the Prophet, a Kohen (Priest) from heralding in Messiah (according to Torah law, a priest cannot enter a cemetery). Ironically, unbeknownst to the Turkish government at that time, a priest may enter a non-Jewish cemetery, so this graveyard does not hinder anything!

On your next trip to Israel, a view of the Mercy Gate can definitely enhance your trip experience. May the holy Temple be rebuilt speedily in our days! 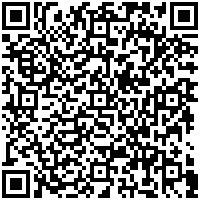