“On the third day, Abraham lifted up his eyes and saw the place from afar (Genesis 22:4)”

Today, we are visiting a majestic lookout point that my tourists really enjoy visiting! Since this is arguably the view where one can best see the splendor of ancient and modern Jerusalem, I often make this the first stop on the trip. From here, one can see sites not only connected to Jerusalem’s glorious past (like the Old City, Temple Mount, Western Wall, etc.) but also to the future end of days (such as the Kidron Valley and the Mount of Olives). Some of the most well-known biblical stories transpired here. Additionally, the events that occurred here during the 1967 Six Day War were the direct catalyst for the liberation of Jerusalem by the IDF. Although this area is not as “off the beaten track” as most of the other sites I write about, there are some treasures located here that few visitors know about (and therefore may be missing the best part). With that in mind, let us explore this biblical wonder!

Probably, the most climatic biblical story to take place here was connected to the binding of Isaac. G-d told Abraham who was in Beer Sheva (for more on this ancient city, click here) to take his beloved son Isaac and offer him as a sacrifice at the land of Moriah (Mount Moriah is today underneath the Temple Mount). Although a difficult test for Abraham, he had every intention of doing G-d’s will. To get to Mount Moriah, Abraham took the ancient spine route, more or less today’s highway 60 (for more on this route, click here). It took him three days to get to where we stand right now (although it is less than a 3 day walk, according to Jewish sources, Abraham took his time so that no one should falsely claim later that he acted on impulse, but if he really had time to think it over, he would not have done it. Therefore, he took his time to show that impulse had nothing to do with his desire to fulfill this commandment, as difficult as it may be). On the third day, Abraham lifted up his eyes and saw the place (Mount Moriah) from afar (see Genesis 22:4). I believe that the place he “lifted his eyes” is where we are standing now, because arriving from Beer Sheva, the first place where Mount Moriah would be visible is right here.

According to Jewish sources, while standing here (today’s Haas Promenade) Abraham saw a cloud attached to the mountain which represented the Shechaniah (divine presence). He asked Isaac what he saw, and he answered, “a cloud”. He then asked his two attendants (whom Jewish sources identify as Ishmail and Eliezer) what they saw, and they said they couldn’t see anything. The fact that they could not see the Shechaniah, was a sign that only Isaac was at the spiritual level needed to continue to Mount Moriah. Therefore, Abraham told them to “Stay here with the donkey, while I and the lad will go yonder, and we will prostrate ourselves and return to you (Genesis 22:5)”. Ultimately, as the sacrifice was about to be performed, an angel of G-d stopped him, revealing it to be only a test for Abraham.

Many centuries later, David was anointed King of Israel in Hebron (for more on this biblical city, click here).  David led his army to Jerusalem (the last stronghold of the Jebusites) by taking the same ancient spine route his ancestor Abraham took.  Although not mentioned specifically, it makes sense that on his way, he would naturally come to this overlook to see the place he was about to conquer and strategize the next move (see 2 Samuel: 5 and 1 Chronicles 11).

Hundreds of years later (circa 2nd century BCE) the Hasmonaeans (aka the Maccabees) overthrew the Greek overlords and reestablished an Independent Jewish Kingdom for 103 years. The holy second Temple (which had been desecrated by the Greeks) was renovated, and Jerusalem as a city expanded significantly. A new water source was needed to both give drink to the locals, and to provide for the needs of the expanding tourism base coming to the city (especially during tri-annual pilgrimage festivals which all Jews are commanded to perform when the Temple stands). Since the local springs were no longer sufficient, water had to be brought from afar (due to technological advances, aqueducts were now in existence and could bring water from a distance). An elaborate aqueduct system was built, bringing water from Ein Eitam (10 kms away as the crow flows) through a 21 km pipeline, that ultimately ended at the Temple.

However, the mountain we stand on posed a problem, as it stood in the way (an aqueduct can only bring water from a higher source to a lower source), so 400 meters of tunnel were carved into the mountain as part of the system. The aqueduct also brought water to the Temple which was used for purification. Incredibly, this water system continued to be used for millennia until the British Mandate period in the 1920s. Today with advanced reservations, tourists can actually enter into these aqueducts and explore!

In the 1930s, the British (who ruled here) built the High Commissioner’s Palace and offices on this hill from which they ruled Israel. In 1948, this land was given to the United Nations (UN) and for the next 19 years, it was a Demilitarized Zone (DMZ) neither ruled by Jordan nor Israel.

In the beginning hours of the Six Day War on June 5, 1967, Israel completely destroyed Egypt’s Air Force in a preemptive strike, easily taking over the Sinai Peninsula. Immediately, Jordan entered the war (not knowing that Egypt was no longer capable of fighting against Israel) and illegally took over the DMZ and expelled the UN from the building. From here, they shelled the civilian neighborhoods of Israel-controlled West Jerusalem. For the first hour and one half, Israel tried to end this strife with Jordan through diplomatic means, sending a message that Israel would not initiate any action against them if they stayed out of the war. Jordan rejected the overtures, with King Hussein declaring it was too late, “The dye was cast”. A decision was made by Israel to liberate the Old City and West Bank from Jordanian occupation, and by June 7 the mission was accomplished.

In 1987, this vista was turned into a stunning promenade. On your next trip to Israel, it is worthwhile to put this wonderful site on your itinerary! 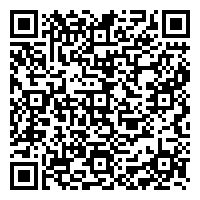