Today we are visiting the stunning Mount Tabor! Surrounded by relatively flat lands, this mountain, which is shaped like a perfectly round semi-circle, dramatically rises 450 meters (1476 feet), seemingly out of nowhere. Because of this, the site is often used by scripture to denote majesty. For example, “As long as I live, says the King, Whose name is the Lord of Hosts, that as sure as Tabor is among the mountains, and Carmel is by the sea, it shall come about (Jeremiah 46:8)”. In Psalms 89:13, the verse says “Tabor…sings joyously in your name”.

The only way to get to the top is to drive upon a very windy road. The drive itself is through a beautiful Mediterranean forest filled with Mount Tabor Oaks (the actual name of this species of trees), Pistachio trees, common oaks, and Carob trees. Depending on the season, you will see beautiful wildflowers on your way up, some of them quite rare!

Once at the top, we are immediately treated to breathtaking panoramic views!

Tabor was an important place in Biblical times, partly due to its location on the main international highway (the Via Marris) which went from Egypt to Damascus and Mesopotamia. It was also on an important North-South route in Israel. Since the mountain can be seen from far away, it acted as an important navigational landmark for wayfarers. The centrality of the mountain is further shown as being the border point between three tribes: Zebulun (Joshua 19:12), Issachar (IBID Joshua 19:22), and Naphtali (IBID 19:34).

Due to the dramatic height difference between the mountain and its surroundings, Tabor was used throughout history as an important fortification. Besides the steep slopes which made it difficult for enemies to climb and conquer, the views above allowed it to spot potential invaders from far away.

When the Jewish people were oppressed by the ultra-powerful general Sisera, Deborah the prophetess told Barak (her husband according to Jewish sources) to gather together an army of 10,000 men and bring them to the top of Mount Tabor. When Sisera was near, Deborah told Barak to forge an attack with his army. As they ran down the mountain, G-d caused the superior forces of Sisera to be confounded, and they fled into the Kishon River. G-d then set a divine trap, and the enemy forces got stuck in the brook where they were subsequently slaughtered (for more on the miracles of the Kishon River and the battle against Sisera, click here). Because of these miracles, the Jewish people had quiet in their land for the next 40 years (see Judges 4). Later, Gideon’s brothers were killed by the Midianites on Mount Tabor (Judges 8:8).

In post biblical times, Tabor continued to be a major fortress and was the site of several wars. When the Romans invaded Israel in 63 BCE, they fought against the Maccabean ruler Alexander, who had his base on Mount Tabor. Alexander refused to surrender, and the Romans attacked (ultimately capturing the mountain) and subsequently slaughtering 10,000 of the Jewish troops stationed there.

During the Great Jewish Revolt against the Romans, circa 66-73 CE, Jewish general Josephus Flavius (arguably the most famous historian in history) heavily fortified Mount Tabor, stockpiling provisions for a long siege, including water, food, and weapons. When the Romans came to attack, they were unable to safely climb the mountain, so General Placidus convinced the Rebels to descend and surrender in exchange for their life. The fighters pretended to surrender, but instead attacked the Romans. After a heavy fight the Romans gained the upper hand, and the surviving Jewish fighters fled to Jerusalem (which was ultimately conquered in 70 CE by the Romans, who then destroyed the Holy Temple).

During the Byzantine period, Tabor became a popular Christian pilgrimage site, and three monasteries were built on top.

In 1101 the invading Crusaders rebuilt the monasteries (which had turned into ruins) and built a massive fort atop the mountain.

In 1187 the Muslim ruler Salah captured this place from the crusaders, although he allowed the Churches to continue to function. In 1212 his successor (and brother) Sultan Al-Adil I built massive fortifications using stones from the Churches and monasteries.

In 1217 the Crusaders once again invaded Israel to dislodge the ruling Muslims. At first they were doing well, which caused the Muslims to do something which seemed counter intuitive; they destroyed their own fortification walls here and throughout the country. Why did they do such a peculiar thing when they should have been building more walls? The answer has to do with the different styles of battle that the Crusaders thrived in as compared to the Muslims. The Crusader strategy was to build many fortifications within eyesight of each other and hide behind the walls. If one of the forts was put under siege, soldiers from the other forts could leave their walls and attack the enemies from behind. However, the Muslims fought best in open fields. Had the Crusaders been able to capture the forts, the Muslims would have had little chance of expelling them afterwards. Had no forts existed, the Crusaders would have had little chance of re-capturing the land because they had to fight in the open field. For this reason, the Muslims destroyed their own walls and ultimately, they were victorious.

In 1229 the Crusaders were finally able to capture the mountain, but in 1263 the Muslim ruler Baybars conquered the area. Due to his hatred of the Christians, he destroyed all of the churches and religious institutions, banning Christians from attending.

For the next few centuries, all was relatively quiet atop the mountain. In 1799 the “Battle of Mount Tabor” took place in the valley between the French invading force of Napolean and the Ottoman Turkish rulers. Although the French sent only 2000 troops into battle, they were able to defeat the 35,000 Turkish troops guarding Mount Tabor (only two French troops were killed in battle). Although wildly successful in this battle, the Ottoman Turks were able to turn the tide of war in the siege of Akko (Acre). After 10 weeks in Israel, Napoleon and his forces were forced to retreat from the land.

In the middle of the 19th century, the Greek Orthodox were permitted to rebuild one of their monasteries. In the 1920s, the Catholic churches were also allowed to be rebuilt (both incorporated Byzantine and Crusader ruins into their building plans).

Today, tourists can visit this breathtaking and historic biblical mountain! During your next tour of Israel, I hope to ascend Mount Tabor with you! 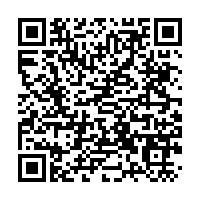