Though a defense attorney by trade, Yariv Vizner always had a dream to give back to the community. When he was a child his mother volunteered and assisted with the mentally challenged  so he enlisted his son Adam to help him in starting an organization called Giborim Ktanim (Little Heroes) consisting entirely of volunteers who work to pair ordinary Israelis with mentally challenged children, with the goal of helping such children to better fit into Israeli society.Giborim Ktanim collaborates with over 20 schools in Israel to provide children with  the opportunity to go on trips throughout Israel. “There are children that don’t communicate with society and people don’t understand them, yet here on these trips people understand them and relate to them,” says Yariv. Since many of these children come from disadvantaged backgrounds; these trips may be their only chance to do something like this.

Another way that Giborim Ktanim helps mentally challenged children to become part of Israeli society is to give them the support that they will need in order to be able to serve in the Israel Defense Forces where they serve despite their disability. “The army is the best school to teach them to be better citizens,” Vinzer said.

The families of these children are very appreciative of the work that Giborim Ktanim does. Vinzer stated that when he arrived at the Kotel to witness a group of mentally challenged children receiving their Bar Mitzvah, he saw one father of one of the children cry “because it was something so important to him that his child standing there can be a part of something like that. It is something very emotional.” He continued, “For me, it is something that I can’t forget, even though it is the twelfth time we did it at the Kotel.” 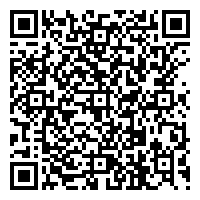