Iranian Foreign Minister Mohammed Javad Zarif said that Iran will continue with its construction at a nuclear reactor site at Arak, notwithstanding the agreement made in Geneva on Saturday with the P5+1 nations to halt activity. He also denied reports that Tehran and the United States had discussed rapprochement or any topic other than the nuclear issue.
Arak

According to a Reuters report, Iran agreed to refrain from “any further advances of its activities” on the Arak reactor, as per the text of the accord. However, the article continues, speaking to the Iranian parliament, Zarif, who served as Iran’s chief negotiator in Geneva, asserted:

“The capacity at the Arak site is not going to increase. It means no new nuclear fuel will be produced and no new installations will be installed, but construction will continue there.”

The Obama administration has been touting its alleged rapprochement with Iran in recent months. On this matter, Zarif stated, according to Agence France-Presse:

“All the speculations about discussions involving other issues are flatly wrong, as we’ve only concentrated on the nuclear issue.”

An analysis in The Jerusalem Post questions whether Iran has gained “quasi-legal legitimacy for those nuclear activities the deal does not specifically prohibit.”

“A central component of the campaign against Iran’s nuclear activities was that all uranium enrichment activities had to stop. UN Security Council Resolution 1737 required Iran to suspend all enrichment-related activities, with no differentiation regarding the level of enrichment. In contrast, the interim agreement does not prohibit – and therefore permits – the enrichment of uranium up to the level of 5 percent,” the JPost story explains.
Netanyahu on Iran

“There is an ongoing debate as to whether with new technologies Iran has developed, uranium at this level can be quickly enriched to a high enough level for use in nuclear weapons….

“There is another side debate about whether the agreement has indirectly legalized nuclear activities related to the Arak heavy-water facility for producing plutonium, which could potentially be used for nuclear weapons,” the article states.

Israeli Prime Minister Benjamin Netanyahu had been pleading with the US and other Western countries not to make a dangerous deal with Iran that would permit it to maintain any capacity to enrich uranium. But the agreement allows Iran to retain “all of that capacity. Not one centrifuge is dismantled. Not one,” the Israeli leader declared, calling the deal made in Geneva a “historic mistake.”

Canadian Minister of Foreign Affairs John Baird, in agreement with Israel, vowed that “Canadian sanctions will remain tough and in full force.”
Obama

According to Fox News, “speculation has been rife that Israel has found common ground with Iran’s sworn enemy, Saudi Arabia, the region’s most powerful Sunni Islam country. It joins others in the region who fear that America and the other Western nations have been hoodwinked by Iran’s benign-appearing President Rouhani and his team.”

The Obama administration is reportedly facing opposition to the agreement from Congress Some senators – Republicans and Democrats alike – are attempting not only to reinstate the sanctions that were lifted, but to increase them as well. 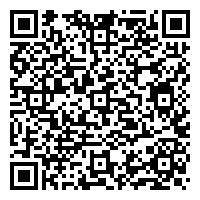