“In honor of 50 years of diplomatic relations between Israel and Germany, the two countries announced Sunday that they would be launching a joint project for humanitarian relief in developing countries, specifically in Africa,” Israel National News (INN) reports.

According to Israeli TV’s Channel One, the project, titled ‘The Africa initiative,’ includes an Israeli pledge of 24-million shekel ($6.8 million) toward humanitarian relief in developing countries from 2015-2020, INN continues. The budget will be distributed equally between the Prime Minister’s Office, the Finance Ministry and the Foreign Ministry; the latter is working to submit a five-year plan together with German government representatives.

“The Foreign Ministry will oversee the relief efforts via the MASHAV (Center for International Cooperation) department with a focus on critical development of the continent in all areas, including agriculture, fisheries, rural development and food safety; environment, water management, irrigation and energy; public health and sanitation, community development, education and empowerment of women; and innovation and entrepreneurship,” INN explains.

“Joint German-Israeli activities are going to be held in 2015 in both countries to celebrate the 50-year relationship between the two; a four million shekel (approximately 1.1 million dollar) budget has already been allocated for Israel’s participation in the events,” INN adds.

Netanyahu to West African States: ‘I Believe in Africa’ 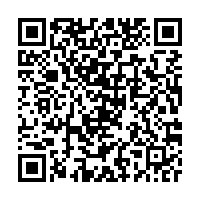