For the first time in five years, an Israeli delegation of senior officials, headed by MFA Director General Dr. Dore Gold, is in Turkey, to present Israeli humanitarian aid throughout the world.

The first World Humanitarian Summit convened on 23-24 May 2016 in Istanbul, under the auspices of UN Secretary General Ban Ki-moon.


The summit, attended by heads of state, aims to raise world consciousness, contribution and commitment to humanitarian activity during natural disasters and man-made conflicts, which take a heavy human toll.

Dr. Gold inaugurated the Israeli pavilion in the exhibition fair on Monday. The pavilion represents the activities of the government, the IDF, the National Emergency Authority, and Israeli civil society organizations.

“Israeli humanitarian involvement in the international arena reflects the ancient Jewish tradition of ‘Tikun Olam’, the inspiration for Israeli teams to dispatch quickly to disaster zones from Turkey to Haiti,” Gold said during the ribbon-cutting ceremony at the exhibit.

“We have a special interest today in fulfilling the vision of the prime minster also in Africa and to help many states there.”

Every country in the world came here with the common goal of increasing global commitment to dealing with humanitarian disasters,” the ambassador said.

“Israel is proud to play a central role and to stand at the forefront of international aid to developing countries and disaster-stricken areas.

“MASHAV has trauma rooms, leads projects for empowering women, trains educators and takes care of special-needs youth in Africa. MASHAV responds to every humanitarian challenge that arrives on Israel’s doorstep.” 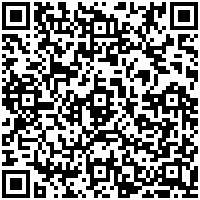