Kibbutz Gesher Haziv in Israel’s north was hit a few weeks ago by a terrorist rocket fired from Lebanon, the day after requesting a bomb shelter for kindergarten children.

Lauren Swersky, a resident of Kibbutz Gesher Haziv and nurse for the kibbutz’s elderly population told United with Israel that one of the rockets launched from Lebanon last week damaged her sister’s house, “It was the first time there were rockets on our kibbutz since the Syria escalation, but there were tons of rockets on our kibbutz growing up. We spent lots of time in bomb shelters as kids,” she said.

Experiencing rockets land so close to home has been devastating for Swersky and her neighbors. This latest rocket “landed just outside and the bomb caused lots of damage to the house. Luckily, there was no one in the house at the time … the bomb happened to land in the triangular square of three houses and all three of them were hurt. My sister’s house was the most damaged. It landed in the residential area where there are a lot of people.”

Swersky’s parents, who live above her sister in the same house, said special prayers for the miracle that nobody was hurt. “They had to say thank you to a Higher Power. The fact that people weren’t hurt was very lucky,” she explained. “There were other people in the area who were treated for post-traumatic stress disorder,” she said.

Kibbutz Gesher Haziv’s children have also experienced “an escalation in anxiety levels.” Between 1,500 and 2,000 people live on Kibbutz Gesher Haziv, yet on school days, close to 3,000 fill the kibbutz. Unfortunately, current bomb shelters don’t have enough space to protect every one.

Swersky said elderly kibbutz residents are more vulnerable because the few current bomb shelters require them to go down steps, which is difficult because of their age. Swersky lamented, “They stay home hoping they don’t get hurt. We need above-ground shelters, that have easy access and can walk right into, without having staircases.”

The rocket attack a few weeks ago occurred the day after Kibbutz Gesher Haziv placed a request for a bomb shelter for kindergarten children at school. United with Israel has pledged to provide an above-ground shelter to protect the kibbutz’s precious young children.

Swersky emphasized, “We are all very normal people trying to live normal lives and then we have this to deal with, which makes us not normal. It is our part of our life and its something we have to deal with … We are innocent victims of a difficult political situation. It’s an amazing area with wonderful people. We need extra protection. Today, the above ground shelters are more efficient and convenient than the underground.”

Describing the kibbutz residents’ courage, Swersky admires their perseverance under the Syrian threat. “There is a really good support system to help people. They get the people back into some kind of routine where they can live as normal as possible life.” 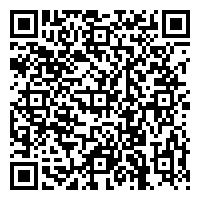