Israelis gathered in front of the Tel Aviv Turkish embassy to join in solidarity with the Turkish protesters.

A mixed group of Israeli and Turkish citizens gathered in front of the Turkish Embassy in Tel Aviv, to protest in solidarity with the Turkish people, against current Turkish PM Erdogan and his regime. As protest organizer Ronen Levi claimed, “We protest in solidarity with all of those who face injustice.” The protestors have the support of the Turkish Israeli leadership, whom also believe the popular protest movement in Turkey is good for Israel. The protest group that gathered in Tel Aviv claimed to value peaceful coexistence between Jews and Muslims, as well as positive Turkish-Israeli relations.


Ozkan Canpolot, a Turkish Muslim, stated that he was protesting in Tel Aviv because at the moment he does not have the freedom to do so in Gezi Park in Istanbul. He hopes for better relations between Israel and Turkey, and stated that he loves living within the Jewish state. Another Turkish Muslim, Hussein Kargi, claimed, “We are against what is happening in Turkey. We want justice. What is happening is very bad. Erdogan is oppressing the people.”

Various protesters have emphasized that even though opposition members have been kicked out of Gezi Park, the protests in Turkey show no sign of waning, since the Turkish people remain committed to continuing to fight until they achieve true democracy.

Viket Sadi Raz, the daughter of a Turkish Jewish communal leader, emphasized that she grew up in a free Turkey and that when she made Aliyah to Israel, she had fond memories of her birth country. However, once Erdogan rose to power, things slowly began to change for the worst. She described the increase in the influence of Islam as reducing personal freedom, and that seeing many women wearing face veils was saddening. “It made me feel that it was not my country,” Raz said. For a while, she gave up hope, yet these protests have reinvigorated her with optimism.

Some of the protesters are so dedicated to the cause that they have even gone to Turkey in recent days in order to show solidarity. Avi Blecherman, an Israeli with no Turkish ancestry who visited Istanbul said “They are fighting for their freedom and it is impressing.” He claimed that 70 percent of the protesters in Turkey have never demonstrated before and the way that they have risen up to demand justice is very inspiring. “One doesn’t need to be a Turkish Jew to want to be part of it,” Blecherman said. He claimed that he was very open about his Israeli identity while in Turkey and that the Turkish people had no problem with the fact that he was from Israel and appreciated his presence there. 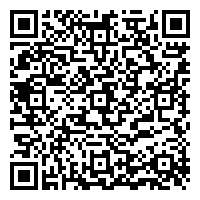