David’s Sling is a Biblical name for a modern missile interceptor. Israel and Raytheon have kept it secret until now. They took the wraps off it last week at the Paris Air Show, complete with a video.

The David’s Sling interceptor can down medium-range missiles which are outside the capability of the Iron Dome system.


Rafael, the Israel manufacturer working with Raytheon, explained that David’s Sling can stop a missile as far away as 100 miles. The Arrow anti-missile system will complement the Iron Dome and David’s Sling system by being able to stop missiles aimed at Israel from longer distances.

Yossi Horowitz, Rafael’s business development director at Rafael, explained that the missile also known as the Stunner and formerly referred to as Magic Wand, will be ready for deployment in approximately two years.

David’s Sling has two targeting and guidance systems, a radar and an electro-optical sensor, installed in its nose-tip. 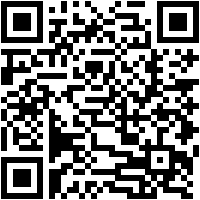