Syrian President Bashar al-Assad has killed hundreds of innocent civilians in a chemicals weapons attack  and the world is turning a blind eye to it. “The world condemns, the world investigates, the world pays lip service,” Strategic Affairs Minister Yuval Steinitz said. “Nothing tangible or significant has been done in the past two years to halt  Assad’s incessant massacre of his citizens.” Israeli Defense Minister Moshe Ya’alon added, “The civil war in Syria is continuing, with one hundred thousand dead, and, not for the first time, the regime is employing chemical weapons. This is a life-and-death struggle between a regime representing the Alawite minority and a disunited opposition. The end is not yet in sight.”

60 percent of Syria is no longer under Assad’s control, but are instead ruled by various opposition groups. Using chemical weapons for Assad is a desperate attempt to hang onto power in Syria. It also demonstrates how volatile the situation in the Middle East presently is. According to Ya’alon, “Everything is still only happening around us and it hasn’t reached us yet, but Israel knows that reality can change within moments, not just by a terror attack on one of the borders, but as a result of strategic political shifts in the region.”


The United States additionally expressed its concern over the growing death toll in Syria: “The United States is deeply concerned by reports that hundreds of Syrian civilians have been killed in an attack by Syrian government forces, including by the use of chemical weapons, near Damascus,” White House spokesman Josh Earnest reported. However, although US naval forces are already deployed in the Mediterranean, President Obama has been reluctant to intervene in the Syrian Civil War.

However, Israel is not the only country dismayed by the lack of international resolve to solve the Syrian humanitarian crisis. Turkish Foreign Minister Ahmet Davutoglu criticized international inaction. “All red lines have been crossed but still the UN Security Council has not even been able to take a decision. This is a responsibility for the sides who still set these red lines and for all of us,” Davutoglu reported. So far, China and Russia have prevented the UN Security Council from taking serious actions related to Syria. This represents a significant flaw in the international system, where non-democratic states and human rights abusers are given veto power over the will of the free world.

President Obama stated in the past that Assad using chemical weapons would represent a “red line” that would compel international action. However, his red lines have been crossed. Now, Israel must work to prevent any non-conventional weapons from reaching Hezbollah, al-Qaida or other terror groups, who will show no hesitation in using them. The United States should also act against Assad to ensure that the massacre of innocent Syrian civilians comes to an end. The massacred Syrian men, women and children, alongside the torture and systematic rapes employed by the Assad regime, is a more pressing humanitarian concern than whether or not Israel builds in Judea and Samaria. Yet, to the chagrin of humanity, the world seems more preoccupied with the construction of Jewish homes than the democide in Syria. 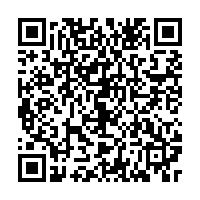