If you are interested in reading more about Syria, you’re welcome to read my book The Truth About Syria online or download it for free.

“It is my pleasure to meet with you in the new Middle East,” said Syrian President Bashar al-Assad in a speech to the Syrian Journalists’ Union on August 15, 2006.1 But Bashar’s new Middle East was neither the one hoped for by many since Iraqi President Saddam Hussein’s 1991 defeat in Kuwait nor expected when Bashar himself ascended the throne in 2000. Actually, it was not even new at all but rather a reversion, often in remarkable detail, to the Middle East of the 1950s through the 1980s. The Arab world, now accompanied by Iran, was re-embracing an era that was an unmitigated disaster for itself and extolling ideas and strategies which had repeatedly led it to catastrophe.

No Arab state had more to do with this important and tragic turnabout than does Syria, this development’s main architect and beneficiary. Egypt, Saudi Arabia, Jordan and other Arab states wanted quiet; Iraq needed peace to rebuild itself. Even Libyan dictator Muammar Qadhafi, pressed by sanctions and scared by his Iraqi counterpart Saddam’s fate, was on his good behavior. Only Syria remained as a source of instability and radicalism.

Thus, a small state with a modest economy became the fulcrum on which the Middle East shifted and which, in turn, shook the globe. Indeed, Bashar’s version of the new Middle East may well persist for an entire generation. Does this make Bashar a fool or a genius? That cannot be determined directly. What can be said is that his policy is good for the regime, simultaneously brilliant and disastrous for Syria, and just plain disastrous for many others.

To understand Syria’s special feature, it is best to heed the all-important insight of a Lebanese-American scholar, Fouad Ajami: “Syria’s main asset, in contrast to Egypt’s preeminence and Saudi wealth, is its capacity for mischief.”

In the final analysis, the aforementioned mischief was in the service of regime maintenance, the all-encompassing cause and goal of the Syrian government’s behavior. Demagoguery, not the delivery of material benefits, is the basis of its power.

Why have those who govern Syria followed such a pattern for more than six decades under almost a dozen different regimes? The answer: Precisely because the country is a weak one in many respects. Aside from lacking Egypt’s power and Saudi Arabia’s money, it also falls short on internal coherence due to its diverse population and minority-dominated regime. In Iraq, Saddam Hussein used repression, ideology, and foreign adventures to hold together a system dominated by Sunni Arab Muslims who were only one-fifth of the population. In Syria, even more intense measures were needed to sustain an Alawite regime that rules based on a community only half as large proportionately.

To survive, then, the regime needs transcendent slogans and passionate external conflicts that help make its problems disappear. Arabism and, in more recent years, Islamism, are its solution. In this light, Syria’s rulers can claim to be not a rather inept, corrupt dictatorship but the rightful leaders of all Arabs and the champions of all Muslims. Their battle cries are very effectively used to justify oppression at home and aggression abroad. No other country in the world throws around the word “imperialism” more in describing foreign adversaries, and yet no other state on the globe follows a more classical imperialist policy.

In broad terms, this approach is followed by most, if not all, Arab governments, but Syria offers the purest example of the system. As for the consequences, two basic principles are useful to keep in mind:

1. It often seemed as if the worse Syria behaved, the better its regime does. Syrian leaders do not accept the Western view that moderation, compromise, an open economy, and peace are always better. When Syria acts radical, up to a point of course, it maximizes its main asset—causing trouble—which cancels out all its other weaknesses. As a dictatorship, militancy provided an excuse for tight controls and domestic popularity through its demagoguery.

2. Success for the regime and state means disaster for the people, society, and economy. The regime prospers by keeping Syrians believing that the battle against America and Israel, not freedom and prosperity, should be their top priority. External threats are used to justify internal repression. The state’s control over the economy means lower living standards for most while simultaneously preserving a rich ruling elite with lots of money to give to its supporters. 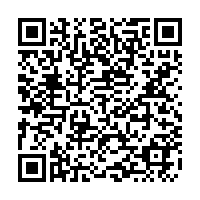