Shavei Israel, an Israeli organization dedicated to discovering hidden Jewish communities and lost Jews, recently brought 16 Polish Jews to Israel to rediscover their Jewish identity. Michael Freund, chairman of Shavei Israel, explained, “In Poland, in most people’s eyes, to be Polish means Catholic. In Poland, the sense of identity is very much linked to religion, so when a person discovers he is Jewish or has Jewish ancestry, it comes as a shock to people. They become outsiders. It can be traumatic.”

During the Holocaust, 90 percent of Polish Jewry was murdered, decimating the 3 to 3.5 million Jews that lived in Poland on the eve of the Nazi invasion, leaving only 350,000 alive by war’s end. While most surviving Jews left Poland after a brief return to search for relatives, some remained. Due to communist rule and memories of the Holocaust, many hid their Jewish identity. Today, there are many communities with “hidden Jews,” who are disconnected from their Jewish roots and ancestry.


“There are people who suspect they might have Jewish roots and want to know yet don’t change their live styles. Others could return to Judaism or pursue a secular journey to learn about Jewish culture. We are talking about a human phenomenon, so different people react different,” Freund explained. “Some of them become religious Jews and do a conversion, while others are struggling with their new identity and are trying to figure out what to make of it and how it should impact their life. One thing that unites them is that they all want to learn more about their heritage and want to see the land of their ancestors.”

Some hidden Jews grew up as Catholic, the children of Jews who converted while hiding in Catholic orphanages. Others were raised without religion playing any role in their lives. According to Freund, “One young man [in this group of 16] who began to get interested in his family genealogy and then at the same time took a DNA test discovered that he has Jewish background. That combined with documents he found convinced him he has Jewish ancestry. He was even able to locate distant cousins in the US that are Jewish. This prompted him to study more about Judaism. He converted and became religiously observant.”

Most of the 16 Jews in this group, however, are at an earlier stage in their journey. “In many other cases, they have a grandparent who revealed it to them or are people who don’t know for sure, since their family will not discuss it with them,” said Freund.  Their suspicion grew out of their lack or church attendance or extended family. “They have relatives who refuse [to speak about it] and that fuels their speculation even more.”

Freund believes that roots are powerful. “When we walk the streets of Jerusalem, the trees are uneven and the roots have spread out and lifted the rocks up. If that is true of a tree, how much more so of a human being! Sometimes they burst upwards to show they are still there. More people through out Poland are discovering and embracing their Jewish roots. They are trying to go home.” 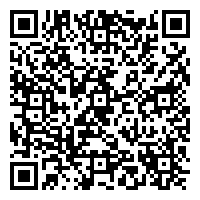