Yesterday was a fascinating day at the Capitol in Washington, DC.
Here is a selection of headlines describing today’s events:
·        Mob Incited by Trump Storms Capitol – NY Times
·        Pro-Trump Rioters Invading the Capitol- CNN
·        Protesters Stormed US Capitol- Fox News
·        PRO-TRUMP MOB STORMS CAPITOL, BRINGING CHAOS TO D.C.- MSNBC
·        Protesters Storm D.C. –  Trump Calls in National Guard – Breitbart News
·        U.S. CAPITOL UNDER SIEGE: THOUSANDS OF MAGA SUPPORTERS STORM CAPITOL- Yeshiva World News
·        President Trump to Rioters- “We love you. Go home in Peace”-Jewish Press
Were the people who came to the Capitol, a “Mob?” or were they “rioters”?
Were they “protestors,” or should they be referred to as “Maga Supporters”?
Did Mr. Trump “incite” the “mob,” or did he “call in the National Guard” to quell the disturbance?
Did the President give the “rioters” a brocha to “go home in Peace,” or did he encourage them to riot?
The answers to these questions seemingly are to be found in the headlines quoted above.
The only issue is the answers do not match up.
While some headlines demonize the President others present him as the hero of the day.
Some headlines call the people at the Capitol a “mob” while others refer to them as “protestors”.
Who is right, and who is wrong?
What is the truth of today’s events?
The answer to the above question is not my topic of interest.
I am interested in pointing out how we choose our words to describe an event can make all the difference in the world.
All of the above news outlets certainly claim to be reporting the truth and only the truth.
Nevertheless, some of the “truths” conflict with other “truths.”
Can two conflicting “truths” be sustainable?
Doesn’t one have to be “The Truth”?
The words we use, the phrases we choose, even the tone of voice we project can make all the difference in the world.
Everyone claims they have the truth; however, in reality, all of us are far from the truth.
Who has “The Truth”?
Moshe Emes V”Toraso Emes.
Moshe is a man of truth, and the Torah he taught us is true.
All of the rest is commentary.
Advertisement 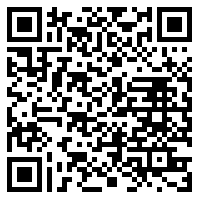