Last week we quoted extensively from the Alter Rebbe’s written reply to his czarist interrogators when imprisoned in 1798. He wrote in detail about Judaism’s emphasis on heartfelt devotion during prayer, noting that Torah-learned Jews would pray slowly and sincerely in a beis midrash.

The Alter Rebbe continues: At a certain point, throughout the original Polish kingdom (which included Galicia, Lithuania, Belarus, and Ukraine), it became customary for every town’s rabbinate to be bought from the local noble by individuals who were knowledgeable in Talmud but not always experts in halacha. These, usually young, men (whose wealthy fathers or fathers-in-law bought them the position) wanted to flaunt their Talmudic acuity and did not value sincere, lengthy prayer; indeed, they openly denigrated it.


They encouraged communal prayer to be quick; that way, they would have more time to teach their students with sharp pilpul, which would make the maximum impression. These rabbis had legal jurisdiction over their communities, so most Jews had little choice but to go along although “a few select individuals in every generation would pray at length, with devotion, and these were called by the name of ‘chassidim’ since time immemorial.”

The divisions of Poland in the late 18th century led to a correction in this state of affairs (which many true rabbinic leaders, both before and after the rise of Chassidus, had decried at length in their published works). This enabled “everyone who wanted…to pray at as much length as he wants, both individually and publicly, in a beis midrash or elsewhere.”

“This recent arousal among us to pray with devotion,” writes the Alter Rebbe, was often accompanied, particularly among young Jews, by physical movements that seemed strange to those unaccustomed to them. The Alter Rebbe, though, justifies this practice with quotes from Tanach.

He then continues: “It is known among all the world’s religions that it is impossible for all members of a religion to be equally careful in observing the religion absolutely with all one’s heart and soul in all details. With us, too, it’s the same, for although [we] have become free from the above rabbis, nevertheless many people who could pray with devotion do not want to, due to laziness, since praying in this manner truly requires great effort and labor, even for great scholars – more than the labor and effort required for Talmud study.

“Some are also embarrassed to make these movements to rid themselves from alien thoughts that arise automatically. Therefore, all those who work on themselves to pray with devotion, whether young or old, are a tiny minority in comparison with the masses, and all the masses call them ‘chassidim’ – in all lands of White Russia and Poland and almost all parts of Lithuania – following the name of the ‘early chassidim’ [mentioned in the Mishnah and Talmud] who used to pray with devotion, although those now are not such great chassidim as the original ones.”

The Alter Rebbe mentions the traditional custom in many Jewish communities in Poland, Lithuania, and Russia to appoint a maggid (preacher) to address the Jewish masses with words of inspiration, noting that, although all draw their themes from the same Torah works, not all are equally adept at speaking impressively.

“Now that those who want to pray with devotion have increased somewhat and they need to hear many words of inspiration relating to prayer, and concerning the greatness of the creator and His kindnesses, other maggidim have been added… According to his intellect and understanding of [Torah] works, he extracts words of inspiration related to prayer and the greatness of the creator and love and awe of G-d, explaining prayer with broad explanation in various ways, as explained in the early [Torah] works….

“Even many people who do not want to pray at length, or have no time to do so, nevertheless wish to hear from me….”

From the Alter Rebbe’s statements, it’s clear that the basis of Chassidus is to inspire its adherents to pray slowly with deep devotion. Although such behavior is easier for some than for others, it remains the ideal for everyone who wishes to be called by the name “chassid.”

As we mark the Alter Rebbe’s yahrzeit this Friday, 24th Teves, let us recall what he stood for and work on making it part of our lives. 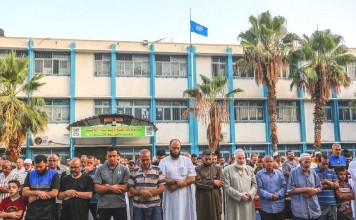