What are the skills required of one wishing to become a newspaper or an online magazine editor? From a short survey I conducted among the editors I know personally (known each other for years, in fact), it turned out that we can narrow down those skills to the following:

A good newspaper editor should be able to utter without hesitation these two sentences, whenever applicable:

2. No, there’s no more room currently for new personal columns.

A newspaper editor’s day is spent answering persistent, urgent phone calls, most of which sound more or less like this:

“Listen, I’m the next door neighbor of your publisher, and she told me if my son Arnold wants to, he can write for you, for money.”

“What does Arnold do?”

“He teaches Hebrew studies in a boys’ yeshiva in Queens, but in the evenings he could write, maybe.”

“What can he write?”

“Things. I don’t stick my nose in my son’s business, you know, that’s all I need…”

“Fine, tell him to write something and send me, we’ll see.”

An inexperienced editor would have become entangled in a long and tiresome argument with the publisher’s neighbor, or maybe even yelled at her to stop bothering him with her idiot son, and why can’t he make the call himself if he’s so burning with desire to get published? This is a newspaper, Madam, not amateur night at the New Yorican Café…

“Hello, is this the editor?”

“Listen, I have a fantastic idea for a personal column. Every week I’ll go and interview someone from a different tropical fish store, on issues of concern to aquarium enthusiasts: How to keep things clean, how you can tell when the female is about to spawn and you have to transfer her to a new aquarium so the male won’t eat the eggs, things like that. Meanwhile, your salesperson can maybe get an ad from the same store owner, and you’ll make a lot of money. We’ll call my new column Fish Market, and maybe split the ad income? What do you think?”

“It sounds fabulous, it’s a shame we don’t have room currently for new personal columns.”

“So maybe I can write just one article about tropical fish without a column?”

“Fine, write something and send me, we’ll see.”

How long did the whole thing last, 45 seconds? A truly experienced editor could cut it down to 18 to 20 seconds, without ever offending the guy on the other side.

Everything else an editor does is completely secondary. Those who work for him labor industriously to produce the articles, sell ads, prepare graphic layouts. And he, like a good father, stands at the gate and defends them from the terrible things lurking just outside.

“No, there’s no more room currently for new personal columns.”

There’s a famous story about the editor of a Swiss scientific magazine, who was approached by an odd looking Jewish-German scientist, with an offer to publish a regular column on physics.

“I’d like to explain to the readers how we can relate to energy as a function of elements like the speed of light, mass, things like that…”

“Sounds interesting,” answered the practiced editor. “It’s a shame we don’t have room at this moment for additional personal columns. Everything’s taken up.”

“It’s a revolutionary idea which could transform the world!”

And that’s how Albert Einstein’s career was terminated even as it was starting to emerge. But usually editors are very reliable. 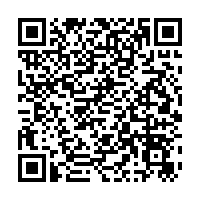