This may be the most delicious blooper clip of 2014, so far. KTLA Entertainment anchor Sam Rubin was talking to Samuel L. Jackson about his new movie “RoboCop” Monday morning, and for some reason moved on to a question about his new Super Bowl commercial.

Thing is, Jackson hadn’t had a new Super Bowl commercial, it was Laurence Fishburne, the guy from the Matrix.

And Jackson so nailed Rubin on it, he milked the faux pas to the last drop. It was like watching a violent beating and siding with the beater.

Mostly because Samuel L. Jackson was absolutely correct, and we, white folks, really mix the two of them a lot. But we never mistake either one of them for Morgan Freeman, like Jackson was saying. No way. That would be like mixing them with Bill Cosby. I mean, we’re white, but we’re not idiots.

If you enjoy watching TV anchors praying to be swallowed by the opening earth – this is your video of choice.

I once rode the NY subway across the aisle from Samuel L. Jackson, and thought it was cool that he preferred the underground to a limo he could no doubt afford. So I respect the guy, except for the snakes on the plane movie, which I’m sure he needed to do to pay the rent. 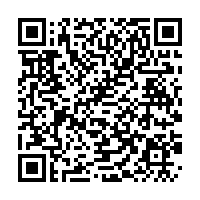