Rabbi Avi Weiss, President of the Coalition for Jewish Concerns-AMCHA will lead a memorial vigil on Sunday, November 15th at 11 AM at 239th Street & Independence Avenue at the Riverdale Monument in the Bronx, NY.  He will be joined by a number of Jewish leaders, as well as Congressman Eliot Engel (D-NY).

The community will gather in memory of those who were killed in the terror attacks in France, and demand an end to Islamic terror.


“All civilized people of the world are united today against terror.  We gather in the memories of those who lost their lives on Friday due to brutal terror attacks. And we say just as the French are not guilty, so too is Israel not guilty as terrorism is directed at them.  The terrorists are the ones who are guilty. We raise a voice of moral conscious and say no to terror,” said Rabbi Avi Weiss. 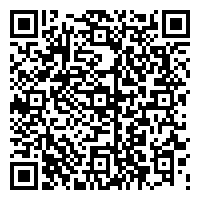